The Himalayas are the ultimate destination to enjoy a wide range of adventure activities, the most prominent of these being trekking. Every year countless, men and women from across the globe descend on this majestic and lofty mountain range to gain the satisfaction of conquering some of the tallest and toughest mountain terrains in the world. Even though there are countless high altitude trekking trails present in the section of Himalayas located within the Indian borderline, there are several more such trails located outside India. Discussed below are three such exciting treks that every adventure seeker must undertake at least once in their lifetime.

Nestled within the great mountains that form the eastern edge of the Himalayas, the small landlocked country of Bhutan is known for its mesmerizing beauty and appeal. The pristine landscape, the fascinating Buddhist culture and the simple yet friendly people of the country turn any trip to Bhutan, a truly memorable experience. Apart from the promise of a great holiday in one the remotest kingdoms on Earth, a large number of people come to Bhutan to take part in the incredible Snowman Trek. Despite being considered to be one of the most difficult high altitude treks, it is quite popular especially amongst people who prefer to constantly live on the edge.

The Snowman trek, Bhutan, is undoubtedly one of the greatest trekking trails that follows the spine of the Himalayas between Bhutan and Tibet. Out of the 30 days over which the trip is completed, participants spend 25 days trekking across some of the most difficult terrains in the region. For the entire duration of the trek, the participants stay well above 4000m from sea level. The trek is named so because the trail passes beneath six mountains situated more than 7000m above sea level. In addition, the participants are required to traverse across 11 passes each of which is more than 4500 meters high. The trekkers feel a sense of elation as they tread past blue pine, juniper and rhododendron forests, and keep their eyes open for the famous Himalayan blue sheep, bearded vultures and Himalayan griffons flying overhead.

The fascinating trek commences in Paro and culminates at Lunana, which is an almost separate mountain kingdom and holds the distinction of the remotest inhabited valleys across the globe. In between the trekkers pass through the fabled villages of Laya, Thanza and Lingshi. The participants also get to enjoy the majesty of some of the highest mountain peaks in the region, including Chomolhari, Jitsu Drake and even Gangkar Peunsum, which is the world’s highest unclimbed peak. In addition, they get to enjoy a sneak peek into the incredible culture of the region as they visit the mesmerizing Punakha Dzong and astounding cliff-face Takstang “Tiger Nest” Monastery. The region creates an impression of time having stopped here around hundreds of years back as Bhutan has constantly focused on maintaining and preserving the natural and cultural history of the land.

This extremely strenuous trek is not designed for novices in the field, but rather for trekkers who possess the experience as well as the mental and physical strength to overcome the myriad challenges that form an integral part of the trail. Most participants find the region to exude an aura of authenticity which engages their heart and mind while they take in the awe-inspiring sights and sounds that surround them on all sides. The overall experience of the trek proves to be both mesmerizing and enriching for even the most seasoned trekkers.

The Great Himalayan Trail is more a concept than a single formal trekking track as it keeps constantly changing. The trail comprises of a network of long-distance trekking trails that are proposed to span the entire Greater Himalaya Range. In fact the term is mostly used to refer to a subset of trails spanning the width of Nepal. What makes these trails exclusive is the very fact that they not only promise far lesser crowds and greater solitude but also the best trekking experience in the region along with an opportunity for the participants to make a positive difference in the poorest regions of Nepal. 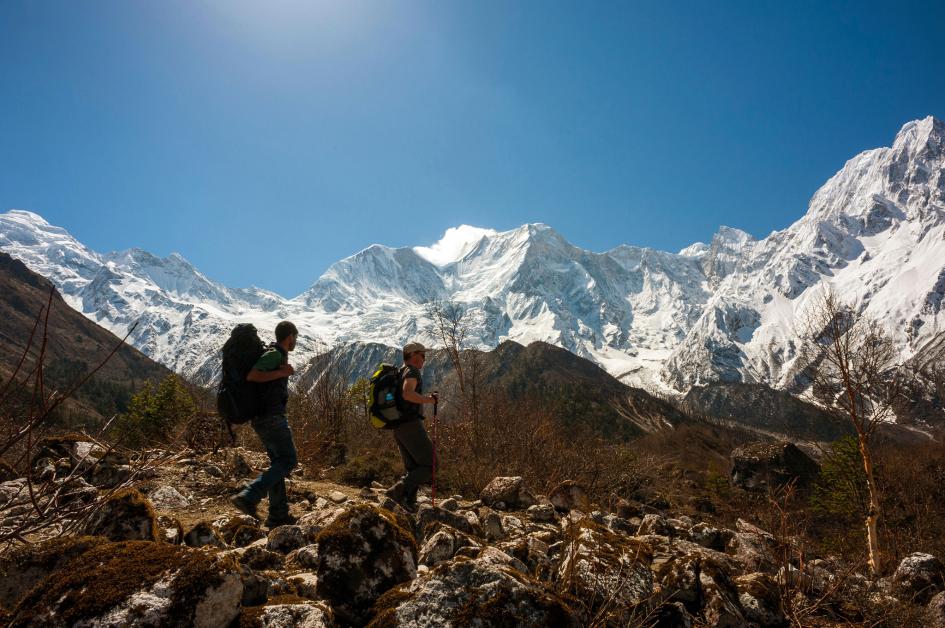 The Great Himalaya Trail offers a great combination of diverse routs that range from the rolling country of the Himalayan foothills to seriously high altitude treks on rocks and ice. Another important feature of the trail is that it is constantly changing mainly due to the landslides that affect trails, washing out of ridges and the varying snow and ice conditions with respect to the changes in climate. At the same time there are several sections of the trail which might remain unchanged even after the passage of several years, even when others might undergo a change in every season. This feature further enhances the beauty and thrill of enjoying an adventure on these trekking routes, most of which are still not too well known.

The Great Himalayan Trail was officially inaugurated in September 2011 with the aim of motivating the visitors to Nepal to explore the lesser known parts of the country. The trail within the country spans over a whooping 1700 kms of tracks, which are divided into the following sections.

Mount Kailash is one of the most sacred places on Earth and is a holy pilgrimage site for people belonging to the Hindu, Buddhist, Jain and Bon communities. Located to the west of Tibet, the hike to this holiest mountain across the globe is definitely one of the most amazing treks that is a must do for any adventure enthusiast. The participants engaging in this trek need to be aware that they will be reaching up to an altitude of nearly 5000m above sea level. This single fact makes the trek suitable only for people who have a considerable experience in undertaking high altitude treks. 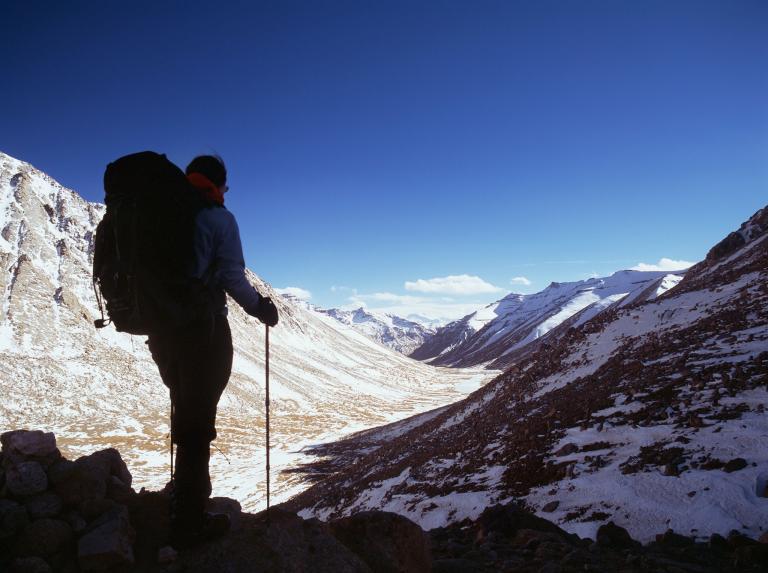 The 17 days and 16 nights long trekking trip provides a highly cultural and spiritual experience while also enabling the participants to enjoy a mesmerizing tryst with nature. The trek is essentially performed by circling the holy mountain around the base, which is known as kora. The Mount Kailash kora is an extremely challenging and demanding walk that stretches across a distance of 52kms. The trek commences from the simple village of Darchen and culminates at the base of Mount Kailash. Starting from a height of 4600m above sea level, the participants go on to traverse across unending stretches of barren mountain lands, lush green valleys, snow capped peaks and pristine blue lakes.

The Mount Kailash Pilgrimage, Tibet is no walk in the park but rather tests every ounce of mental and physical strength that the participants possess. This is one of the major reasons that have ensured that the destination is no longer restricted to being only a pilgrimage destination. Today, the natural beauty and geographical rareness of the destination has turned it into an adventure hotspot that is gratified by countless adventure seekers each year. The trail also takes the participants across several traditional Tibetan villages which have carried forward the ancient cultures and customs for centuries and where the people still lead an extremely simple life inspired by nature.

The overall trip of Mount Kailash Pilgrimage proves to be much more than an exciting and adventurous pilgrimage. It gives the participants a sense of satisfaction and unparalleled peace and calm which helps restore their belief in humanity and majesty of nature. The trekkers often find the whole experience to be a combination of a physical trek as well a journey into their own inner self.  This is just another reason that makes the trek special for people who like to live a life full of adventure.