We begin the day early and drive from Manali to Jobri via Pirni. Pirni is a village a little short of 4 kilometers south of the Manali city bus depot on the Naggar road. We take a left from the T intersection at Pirni, towards village Sethan, which is closed to regular traffic movement as it was principally contructed to link to the hydel power project at Jobri on the Rani Nalah which we would accompany all the way to the base of the pass. The road is with as many hairpin turns, that you will run out of fingers were you to begin counting them. However the trend continues only until Sethan following which its a straight ride to Jobri, 4 km away.

We begin the trek at Jobri as we march towards Cheeka, lying only about 2 km ahead. We cross the thick forest and mud covered trail as we make our way to the Campsite, the arrival of which is marked by a gradual parting of treeline to pave way for the meadows along the raging waters of the Rani Nalah. We camp on the right bank of the stream.

We start our journey early after breakfast. We begin by crossing a makeshift wooden bridge built by shepherds and onto the right bank of the stream and then another to cross one adjoining stream. Hence forth it is a continuous climb upto Jawara post which the gradient subsides upto Balu Ka Ghera.

Hampta Pass is a well taken route by Gaddi Shepherds who climb the pass over into Lahaul and Spiti every year, as the lower meadows begin to dry. Thus it is quite prominent to spot them with their flock of sheep. However their swiftness renders their itinerary short and is comprised of only 2 days.

The final steps to Jawara include traversing upon the carefully placed rocks over an adjoining stream. The Jwara meadows offer a welcoming site. While the treeline comes to an end on the right bank along our route, the opposite bank is lined with birch that grow further up on the hillside. The valley narrows down as we proceed further up to Balu ka Ghera campsite which is at an hours walk from Jawara.

The Balu ka Ghera is a flatbed with plenty of camping space. While we pitch out tents here, the shepherd have a keen tendency to proceed further up to the base of the glacial lake from where the climb to the Hampta pass begins. In June and upto early July, it is the spot upto which snowline exists, which begins to melt away with the advent of rain.

Today is the toughest day of the trek as the trekking distance is the most and we climb to the Hampta Pass before we descend to graze the peripheries of Lauhal as we proceed towards Shea Goru campsite. We begin the day early today as the altitude is bound to slow our pace and unpredictable weather can further create hinderance. We proceed on the right bank of the stream tracing its origin in a small glacial lake formation. If the rains have not yet set in, the snowline begins here. However once the snow melts it becomes hard to navigate the streams coming in from our left, joining the right bank of the river. We hop over to the other bank and trace our way towards the pass from there.

Indarasan peak is visible in the distance a little towards right of our direction of approach towards the pass. It appears as if summit of a temple and the name literally translates as the seat of lord Indra, who as per the Vedas is the king of Heaven (Swarg) and Gods. Mythologies and popular belief in Hinduism associate his powers to be similar with those of Odin, Thor, Zeus and Jupiter, the popular deities across Indo-European cultures.

Once we reach the pass we are introduced to a different world together. As the vision gets a glimpse of the naked mountains of Lahaul. The senses, overwhelmed, begin to be weighed by the magnificence of the landscape before us as it changes abruptly, and the spirit is joyous with a sense of accomplishment and that of fulfilment. We wait, we bow to pay our respects to the divine before us and we proceed.

The path from here onwards comprises of a steep descent towards Shea Goru Campsite that can be seen far off in the distance to the left of our ascent to the pass, which is slight East of North as against our approach to Hampta pass in the eastward direction. After maneuvering through some steep slopes and then cutting across the side of an almost overhanging ridge we finally make it to a boulder strewn trail that takes us down to the last slope, which we can glissade down if there is enough snow. Once we are down into the valley the gradient is almost flat for the rest of the way to Shea Goru campsite. We reach the campsite in another 30-40 minutes.

We start the day by crossing a snowbridge over to the opposite (left) bank of the river or a makeshift bridge if the glacial formations have melted away. The gradient increases as we rush downhill towards Chattru that lies on the Manali - Kaza road.

An hour short of our destination we get a clear view of the Road that lies on the opposite bank of the raging Chenab river. We make a turn towards the North-West a few hundered meters short of the river towards an alpine meadow which can be seen a few hundred meters down, at times occupied by shepherds. We have to cross a stream to continue towards Shea Goru campsite and then finally traverse glacial moraine for a couple of hundered meters before we finally are able to rush through a well off trail. While the campsite is on the left bank of the river itself, the Chattru Dhaba is located on the opposite bank that is accessible by an iron bridge.

We drive to Chandratal, a journey that would take another 3 hours and take us to an altitude of 4,260 meters. We camp overnight at the Chandratal or the moon shaped lake, which can be witnessed if we climb high up on the eastward ridge. Furthermore a glacial lake at the base of a retracted glacier, Samudri Tapu, can be seen in the backdrop, far away.

After witnessing magnificent views during early morning, twilight hour, we start our journey towards Manali via Rohtang Pass. This long drive can be tiring, but the scenic views are a delight that ease the journey back to Manali. We reach by late afternoon and it marks the completion of trek to the Hampta Pass. 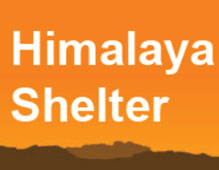 Please fill in your mobile number on which we will contact you shortly
Mobile Number:
Email ID:
Number of People:
Check this if you want to receive calls from other organizers for similar trips around this location
Himachal Pradesh
Send