Planning a trip to Rishikesh with your gang can backfire as half of them might already been there with a photograph of them rafting over Ganges.

Hidden from the radar of tourist and backpackers, there are four treks near Rishikesh that can be a perfect escape from all the Lashtam Pashtam and an incredible way to bong with your gang! All the four treks are less than 4,000m altitude which means that beginners can safely opt for it. The drivable distance from Rishikesh is within 300 kms and maximum six days would be required to come back at Rishikesh from any given trek.

Below I have compiled the list for you, thank me later!

These aren’t three different treks, but one trek with three different places/ points. If I had to describe this trek in one sentence than it would be  Endless open space of lush green shades, deep gorge with stunning snowcapped peaks and colorful Rhododendron forest filling the void. 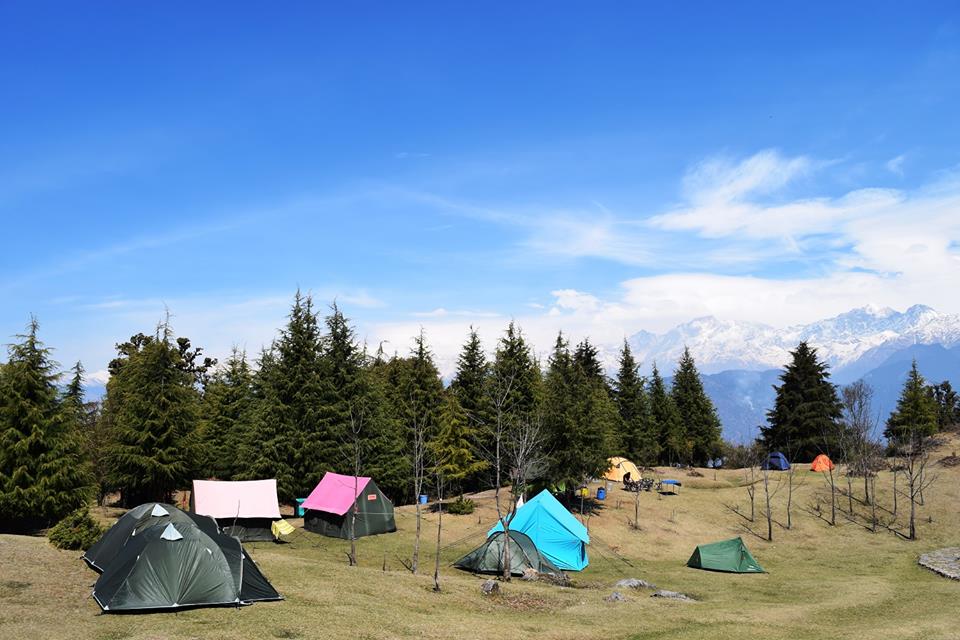 A road trip from Rishikesh to Rudraprayag/Devprayag fills the journey with all the enthusiasm. The road further stretches to a village called Sari that marks the beginning of this trek.

The best part about this trek is that there is something on the plate for everyone. Be it a bird watcher, adventurer or a nature lover. Starting from Deorital, the impeccable trails and the forest visuals is an eye candy for the nature lover. One of the exciting trivia about this trek is that Tungnath has the highest Lord Shiva temple in the world at 3,680m. The triumph summit of Chandrashila witnesses astonishing view of each and every peak from east to west.

Every season of the year has a different face of this trek. But the ideal time to visit would be March April when the Rhododendrons are in full bloom.

The mountains of Himalayas are amongst the highest in the world. The towering altitudes make it a harsh climate to survive. Winters can get further worse and preferred to be stayed away. But fortunate enough, there are few peaks that are accessible even during the numbing chill of winter.  The ones looking out for adventure, Kedarkantha is a perfect snow trek to be embraced. 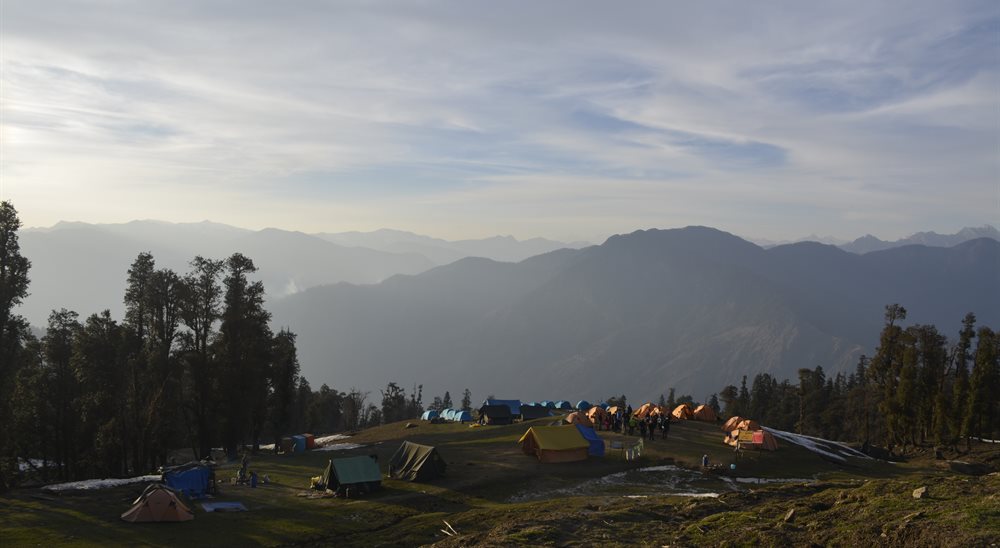 Ride from Rishikesh to Sankri village strolling through the Himalayan views, that wouldn’t be wrong to be titled as the trailer of the trip.

The first checkpost, Juda-ka-talab is a frozen lake that can be walked upon freely! The trail further doesn’t agree to be green, but shades of white covering the barren and rugged land commanding everywhere. The trek now gets little difficult owing to the summit.

The purity of the first golden rays kissing the milky white glaciers of the surrounding peaks early morning.  If this doesn’t tickle butterfly inside your stomach, nothing else will.

Make sure to uncover the mystical stories of this trek from your guide. One such lore suggests that Kedarkantha was originally chosen as the place for Kedarnath temple. The half constructed statue of the temple had to be abandoned due to a conflict while following their beliefs.

Getaway To The Best Places On Any Festival

Just like Chopta Tunga, Dayara Bugyal can be trekked throughout the year. Every season shows a complete different side of Dayara Bugyal.

Bugyal means a meadow situated at a high altitude. This trek can be done by beginners but be warned, prepare well for the trek since the altitude gain is considerable in just two days. 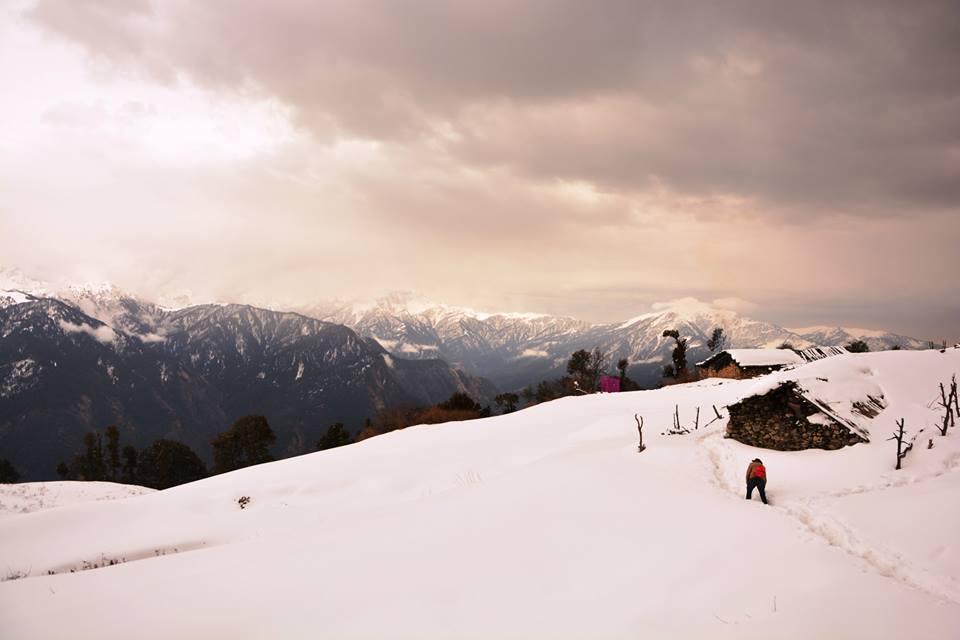 First two days of the trek goes through dark dreamy like forest with heavy mist floating. The heritage villages we come across have warm and loving people to greet. Even the dogs are sweet enough to accompany all the way to the top.

Day three opens up to the landscapes of stunning snow peaks like Bandarpoonch, Kala Nag, Srikhanth Mahadev, Draupadi ka Danda, etc. When there is not one, two, but numerous jaw dropping sceneries at every direction, it would be unjust to describe them in just few words. Traits of snow can also be scene at the top of the trek.

What is the best part of the trek? Not many people visit here, which means minimum human intervention can be witnessed.

Much has been talked about and visited at Valley of Flowers. Justifying to its name, VoF is filled with carpet of numerous flowers stretching as far as eyes could reach. Though the army of flowers blooms only during a particular time of the year, the trek is accessible during rest of the time too. 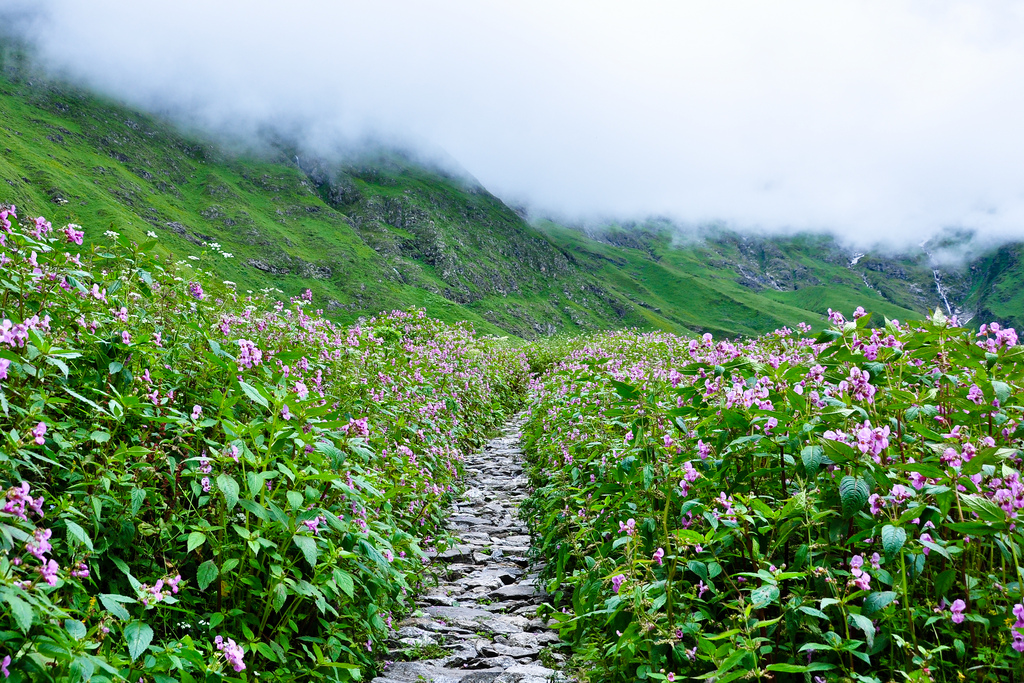 It is not just the Valley to trek, but also the holy temple of Hemkund Saheb. Set amidst the backdrop of towering peaks, Hemkund Saheb has a charming lake that stays frozen for six months of the year.

This trek doesn’t gain much of an altitude, so beginners can safely go for this one. But be warned, the crowd here is more as compared to the rest of the three treks above.

Most Exciting & Toughest Peaks To Scale In India