Trekking in Himalayas has become more popular as there are plenty of adventure freaks who are devoting their precious time in exploring, discovering and started camping at unusual platforms and tracks. Whether you are a competent climber or a frenzy hiker, here are 10 treks for you to escalate the ladder of escapade. 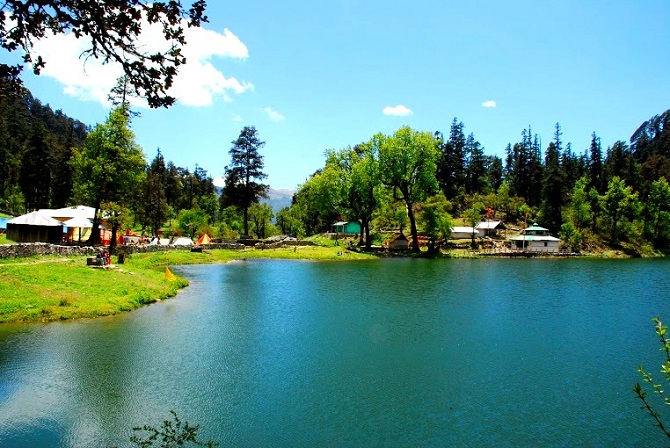 Dodital is a pristine lake in Garhwal Himalayas lying at an altitude of 3010m at the north of Uttarkashi and east of Hanuman Chatti. It is a birth place of Lord Ganesha and is said to have witnessed the beheading of the deity by Lord Shiva. The trek is not difficult as one does not have to face the gruelling path yet it is much rewarding with excellent Himalayan encounters accompanied by clear and glittering Dodital Lake.

Duration of Trek: 6 Days from Dehradun

Hampta Pass trek is one of the most delightful treks in Manali region of Himachal Pradesh. The trek begins from the vicinity of Manali in the Kullu Valley and ends in Lahaul and Chanda Valley at the height of 4270m. The best time to see the immaculate beauty of frosty valleys, thick pine forests and open meadows is from June to September.

Best Season: May to September 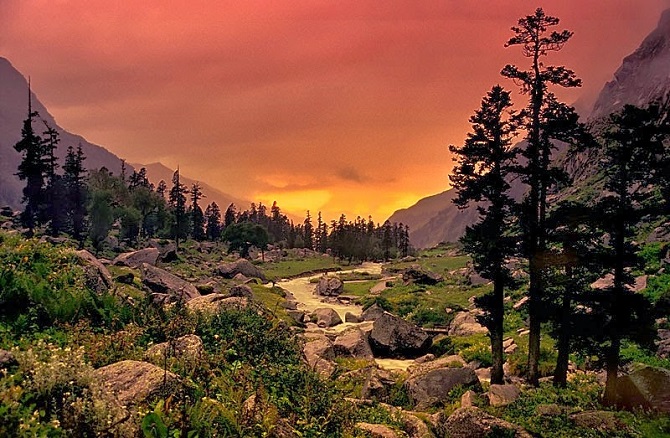 The valley of Har Ki Dun trek is located at the base of Fateh Parvat, at an elevation of 3556m. The trek subsist maple dense forests with swift mountain streams which makes it inspiring raw adventure for the trekkers. The difficulty level of trek is moderate.

Duration of Trek: 7 Days from Dehradun 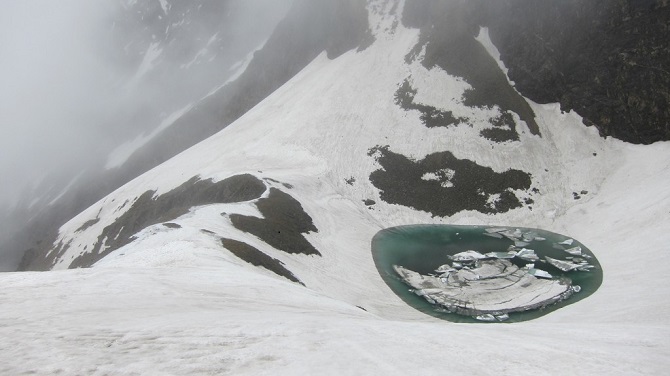 Roopkund Trek is a high altitude glacier lake in Uttarakhand lies in the lap of Trishul massif. It has alluring attention due to human skeletons which is easily seen at the bottom of the mystery lake. Although Roopkund track is eye-catching with bewitching forests and gurgling brooks along with alpine snow land but it is difficult and challenging for novices as the trekkers has to climb up to 15696 feet. The trek changes its beauty in post monsoon and pre monsoon, if you love snow and slightly difficult trek, May and June is the best time, and if you want to have glimpse of skeletons- September and October is the perfect time.

Best Season: May to October

No. of Days: 8 Days from Kathgodam 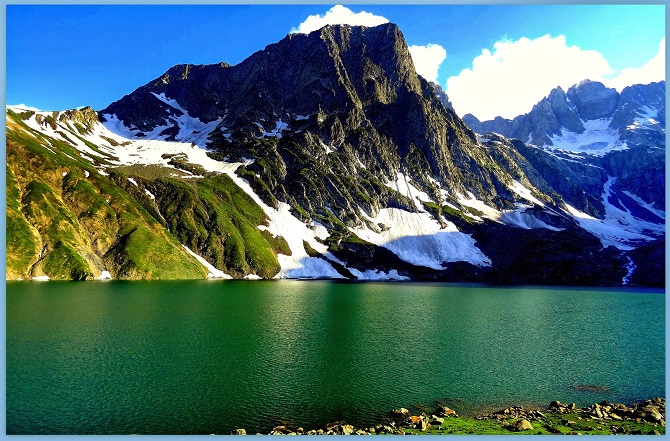 The Kashmir Great Lakes Trek is one of the fascinating treks in the Himalayas offering exhilarating panoramas and jewel like lakes with breath taking campsites. The trek encompasses some of the beautiful lakes situated in the lofty areas of Kashmir region in Himalayas. Starting from the Sonamarg at the base of Zozila, it passes through the Kishansar, Gadsar, Vishnasar, Gangabal, Satsar and Nindkol lakes.

Duration of Trek: 8 Days from Srinagar 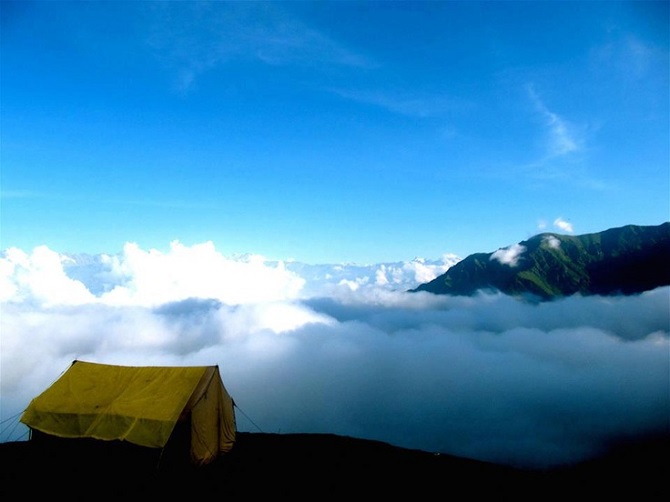 Malana Trek lies a little ahead of the Chandra Khanni Pass in the tiny village of Malana. This trek provides enthralling opportunities to adventure freaks with the amalgamation of snow capped peaks, mesmerizing land along with impressive camping in the magical landscape.

Duration of Trek: 10 Days from Kullu 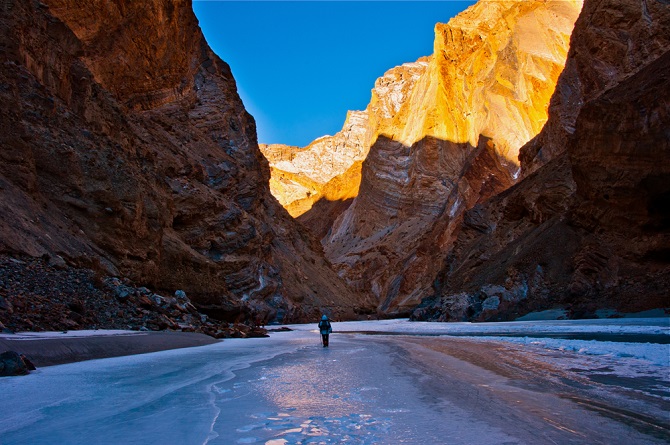 This trek is named as Chadar Trek as water of Zanskar River freezes due to extreme cold temperature in winters and looks like blanket of snow. Zanskar is a wild river flowing through the gorgeous ravines and inaccessible canyons of Ladakh. Trek provides captivating opportunities to experience the sheer beauty of gleaming snow dressed mountains with escapade of camping in caves.

Duration of Trek: 9 Days from Leh 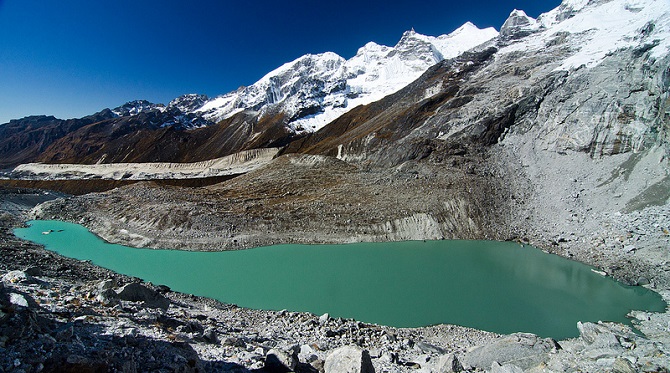 Dzongri GoechaLa Trek is one of the famous treks in Sikkim which gives a fabulous view of Kanchenjunga and Mt.Pandim. Goecha la is positioned at an altitude of 4940m. The trek is full of jagged mountains, crystal waters of high altitude lakes and fluttering layers flags which add a religious and cultural touch to the location.

Duration of Trek: 8 Days from Gangtok 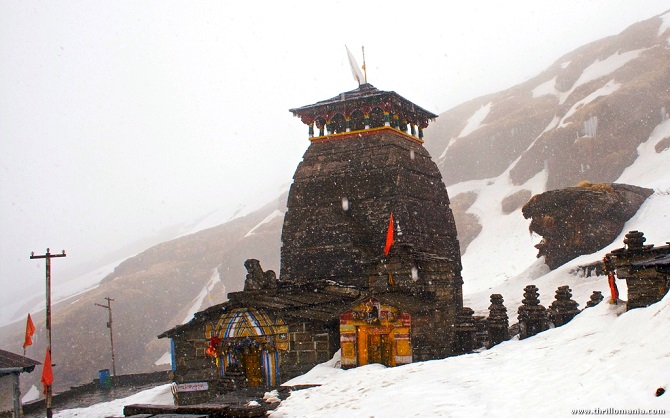 The trek route takes to Tungnath trek which is the highest Hindu temple in the world dedicated to Lord Shiva. Beyond Tungnath is the summit of Chandrashila trek peak which possess an impressive vantage point that offers 360 degree panoramic views of Himalayas. This trek fosters thrill for the adventure seekers in the swift mountains streams and difficulty level rated as easy to moderate.

Best Season: May and June; September and October

Duration of Trek: 6 Days from Rishikesh

Pranshu Devgun
He has completed his graduation in Bachelor of Journalism and Mass Communication. He is a travel freak and has been travelling to famous and off beat places since his childhood. He has a unique style of measuring routes & paths and is always ready to ‘hit the road’.