Bagini Glacier trek is situated at the region of Garhwal Himalayas. It is the most amazing trekking point for the trekkers who love adventurous treks. Located at the altitude of 14816 feet from sea level, it provides the glorious views of lovely snow capped Dunagiri peak, Changa Banga peak and Kalanka peak. Trekkers are usually amazed by the natural beauty of the trek. This trek encompasses all the characteristic features of the Uttrakhand region. Ascending in between in the thick rows of rare species of alpine flowers, the serene atmosphere of the trail, the unpolluted fresh and crisp air and crystal clear water of the rivers is everything a trekker usually dreams of and desires in his trail. The stay in the base camp without the chaos of daily life and commercialization makes you refresh and rejuvenate.

The trek starts from a non descript village called Jumma which is an hour ride from Joshimath.Trek Ration and kerosene can be picked up from Joshimath, as further up things get dearer by the metre. The ride from from Joshimath to Jumma is part bumpy and part smooth. Tapovan, Reni, Lata, Suraithota, Phagti are many villages which fall on the way. In between Suraithota and Jumma the road is in par with the Dhauliganga River, which makes it a good watch in autumn, but will surely play havoc during the merciless monsoon months. If you want to stack kerosene Suraithota is a good option.Jumma is near the tibetan border so during afternoon there will be a fierce wind, blowing you off your feet as soon as you alight from your vehicle.

The trail starts with a steel suspension bridge over the Dhauliganga after which the ascent of Ruing begins. The road to Ruing is mildly steep through the forest. It’s about 3 kms from Jumma to Ruing and won't take more than 2-3 hours. Staying at Ruing is a bit tricky; you can stay at the panchayat ghar. If the village elders permit the trek team to camp there for the night, nevertheless another option is to hike further 2-3 km from Ruing and reach small grassland just before the ascent of Dronagiri.

The place has two distinct advantages, one you get closer to Dronagiri and it would be easy for you to negotiate the herculean climb through the landslide and second this place has a nearby stream so a good natural place to camp.

Starts with the same type of trail (trail from Jumma to Ruing). It’s a well laid path through the forest sometimes meandering up and sometimes down. There is no possibility of someone to get lost here. This a solitary trail with little or negligible sideways. At a distance of around 3.5mtrs from the Campsite, you reach the beginning of the landslide zone. You notice two distinct trails, one on the upper side and another downward. Do not take the upper one as it is a remnant of an earlier trail that used to be the main trail to the village. But it was destroyed some years ago by massive glaciers from the Nandikund area. This has led to the making of something of a mini Canyon which will require the help of a guide or porter to negotiate if you are not sure footed.

The trail is dusty, steeply inclined at an angle of 60° to 70º to the horizontal and full of mud slides, small streams crisscrossing your path, while you take your tired body surely and slowly to the top. Once you reach there, a cemented pavement awaits in silent anticipation to take you to the Village. The scene is straight out from a Swiss alpine landscape. The horizon is dotted with the snow laden peaks of Hathi Parvat, Ghori Parvat. If its summer, flowers will be in full blossom. For once you forget this is not a trek but a walk in the Swiss alps.

After leaving Dronagiri we reach a meandering path which leads us to a high ridge from where the first views of the Rishi peak is visible. Bagini nala too is first visible from here. Around 30 mintues after we left the village we reached a concrete bridge over the Bagini Nala. Do not take the left trail as it leads up to the Kanari khal and then gradually towards Garpak village. After crossing that bridge the path again takes a meandering turn upwards. The area here is almost completely devoid of any vegetation. Its boulders and more of boulders which fill the landscape. There is a patch of green beside a stream which we reach after an hour and 15 minutes from the bridge, This is a good camping ground. Further an hour more we reach the camping ground of Longatulli which is again a very good campsite. Overnight stay in camp.

After having breakfast we will start our trek for Base Camp. Bagini lower base camp is reached after a sound 3 hours hike on rocky trail from Longatulli. Bagini lower camp site is a plain plateau. Few stunning peaks that can be observed from this place are Satminal, Hardeul and Rishi pahar. The Bagini main base camp is further up the mountains. You can either camp here or at another better place forty five minutes from here. It is called the Advanced Bagini Base Camp. The route to this place is not very well marked. A better vision and careful observation is required to locate and follow the trail. Few signs like cluster of pebbles positioned on top of one another are made for fellow trekkers for better navigation.

You need to begin early if we need to catch sunrise from Changabang base camp, which is around 3-4 kms from Bagini Advanced Base Camp. Leave your rucksack in the base camp and carry only the necessary accessories. From Bagini Advanced Base camp the route to Changabang base camp again ascends. The road is full of moraine, and you will spot a number of crevasses on the bagini glacier.

After Breakfast all the way back to Ruing village through Dronagiri Village. Overnight stay in camp at Ruing Village.

Descend down to Jumma road head and it is take 3-4 hrs to reach road head and drive back to Joshimath. Overnight stay in Guest house.

In the morning after breakfast drive to Haridwar .

Jolly Grant Airport is the airport serving Dehradun, located about 48 km from the Haridwar. There is a daily flight from Delhi for Dehradun

By road, Haridwar is well connected with major destinations of the country. NH72 connects Haridwar to Nahan (125 km) to the north-west, and thereon to Panchkula, Chandi¬garh and Shimla. NH 72 terminates at Dehardun, which is at 54km from Haridwar. Haridwar is located at a distance of 235 km from Delhi. NH72A links Haridwar to NH58 at Roorkee (35 km) and thereon south to Meerut (170 km) and Delhi (235 km). There is regular bus service from Delhi for Haridwar from Delhi’s ISBT Kashmere Gate.

i) Two night stay at Joshimath guest house
ii) Camping while on trek.

Exclusions :-
1. Any kind of personal expenses.
2. Food during the transit
3. Mules or porter to carry personal luggage.
4. Insurance.
5. Anything not specifically mentioned under the head.

Note : Normally TTH expect to carry your personal luggage on your own, if you don’t want to carry your backpack so you can give it to porter/Mules, but you have to informe us in advance and have to pay Rs. 300/- extra per day per bag. 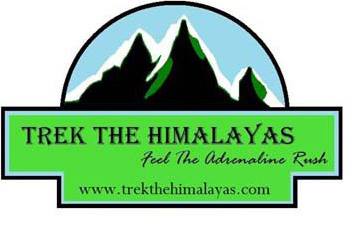 Please fill in your mobile number on which we will contact you shortly
Mobile Number:
Email ID:
Number of People:
Check this if you want to receive calls from other organizers for similar trips around this location
Haridwar, Uttrakhand
Send