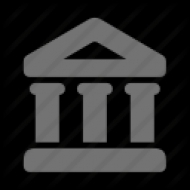 Later you will visit Baku Crystal Hall – an indoor arena in Baku, Azerbaijan. Located on the coast of Baku near National Flag Square, construction of the arena began in August 2011 and finished in April 2012—in time for it to host its first major event, the 2012 edition of the Eurovision Song Contest

Walking through Baku Boulevard which stretches along a south-facing bay on the Caspian Sea. It traditionally starts at Freedom Square continuing west to the Old City and beyond. Since 2012, the YeniBulvar (New Boulevard) has virtually doubled the length to 3.75 km.

– TRANSFER FOR DINNER AT INDIAN RESTAURANT AT 2000 HRS

– Free time – can explore night activities at you own

Our tour program starts with Old City or Inner City is the historical core of Baku, the capital of Azerbaijan. The Old City is the most ancient part of Baku, which is surrounded by walls were well protected. In 2007, the Old City had a population of about 3000 people. In December 2000, the Old City of Baku, including the Palace of the Shirvanshahs and Maiden Tower, became the first location in Azerbaijan to be classified as a World Heritage Site by UNESCO.

Tour continues with the visit to the charming example of modern architecture. The Heydar Aliyev Center a 57,500 m2 building complex in Baku, Azerbaijan designed by Iraqi-British architect ZahaHadid and noted for its distinctive architecture and flowing, curved style that eschews sharp angles.

Tour continues with Ateshgah (Fire Worshippers Temple) Based on Persian and Indian inscriptions, the temple was used as a Hindu and Zoroastrian place of worship. “Atash”» is the Persian word for fire. The pentagonal complex, which has a courtyard surrounded by cells for monks and a tetra pillar-altar in the middle, was built during the 17th and 18th centuries. It was abandoned in the late 19th century, probably due to the dwindling of the Indian population in the area.

Continue with Baku Ferris Wheel, also known as the Baku Eye – is a Ferris wheel on Baku Boulevard in the Seaside National Park of Baku, capital of Azerbaijan. The wheel is 60 metres tall and has 30 cabins, each holding eight people. It makes a complete turn in 30 to 40 minutes.

Start shopping in Park Boulevard which is a multi-storey shopping mall located on Baku Boulevard, downtown Baku, Azerbaijan.The mall is located 5 minutes of walking distance from Sahil Metro station of Baku Subway and Government House of Baku. The building has all architectural attributes of the East and modern art of the West.

– LUNCH IN INDIAN RESTAURANT AT 1300 HRS 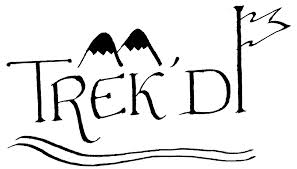 Please fill in your mobile number on which we will contact you shortly
Mobile Number:
Email ID:
Number of People:
Check this if you want to receive calls from other organizers for similar trips around this location
Baku, Azerbaijan
Send