If there is one land in the world where trekkers can look forward to during all seasons for a fulfilling trekking experience, it has to be the Indian sub-continent. Thanks to the mighty Himalayas towering on the northern sides, India is thronged with places to head to for trekking enthusiasts. If you are a trekking enthusiast and looking forward to a trek which is both a challenge as well as an enchanting ascend, there are various options at your disposal.

One such lesser known trekking expedition in the Himalayas, takes you towards the highlands of Himachal Pradesh, to a pass which is almost 11000 feet above sea level – Hampta Pass. There are various reasons why an avid or even a novice trekker would want to head for this expedition. Firstly and the foremost reason is that it is pretty easy to access. While most trekking expeditions commence from villages remote in the hills , which are mostly very less known , the Hampta Pass trek commences from the famous tourist attraction of Manali. Secondly the Hampta Pass trek can be comfortably completed within a space of six days – a good thing for trekkers who have a limited time at their hand to indulge into their adventure fantasies.

The Hampta Pass is almost an epic place to be at , especially because it connects two of the most well known valleys in the northern regions of India – the Kullu valley and the Lahaul valley. The trek to the pass gives you an insight into the lives of the local shepherds, who take their cattle grazing at the expansive pastures of the “Neeru” grass. The entire trekking experience is extremely rich in adventure – involving crossing rivers and streams, streaming through thick pine forests and being engulfed in the picturesque landscape of the Lahaul-Spiti valley.

Day 1 : Drive from Manali to Jobra & Trek to Chika

Day 2 : Trek from Chika to Balu-Ka-Gera

Day 5 : Drive from Chattru to Manali. Drop in Manali by 4 PM Approx. 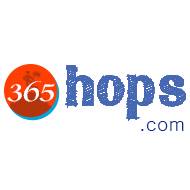 Please fill in your mobile number on which we will contact you shortly
Mobile Number:
Email ID:
Number of People:
Check this if you want to receive calls from other organizers for similar trips around this location
Himachal Pradesh, India
Send