Today drive to Shimla from Delhi / Chandigarh on arrival check in at hotel. Evening explore The Mall and overnight at Hotel in Shimla

Today at leisure and freefor independent activity. Over night at hotel.

Known as a summer capital of Britishers. Sight seeing of varous places in and around Shimla mosques built in(1830), Vice regal Lodge built in (1885), Christ Church built in (1844), The Gaiety Theatre- the first beauty contest of world was supposed to start (1887), The Grindlays Bank (1912)- the world wide bank started by Robert Melville Grindlay, The Scandal Point and The Mall.

Today drive to the place known for the temple of Goddess Bhima Kali.174Kms/7 hrs. The village is surrounded by apple orchards and opposite to the Sarahan you can witness the Shrikhand Mahadev Peak (5155M).Overnight at Hotel.

Early morning after visit to the holy temple of Godess Bhimakali. Bhimakali Temple, a wonderful mixture of Buddhist and Hindu architecture. It is very sacred to both the communities. The Bhimakali goddess idol is about 200 years old drive from Sarahan to Sangla .102 Kms and 05 hrs drive. Sangla is the most beautiful valley of Himachal Pradesh, Surrounded by green fields and high mountain peaks.O/N At Sangla

After beakfast visit to the Kamru Fort and later excursion to chitkul village. Chitkul is a fairy land. The traditional houses, temples, Gompas and the people of Baspa valley conjure up the perfect image of Shangri La.Evening back to Sangla. O/N Sangla.

64 Kms/04 hrs. En route visiting Rekang Peo and the new Buddhist monastery. One gets excied on witnessing the magic mountains "Kinnar Kailash" (6050M).In the evening visit to the Kalpa village where we can witness the traditional houses and temple of the Vishnu and Shiva which opens only in the evening for evening prayer.O/N at Hotel Kinner Kailash

After breakfast a walk to a nearby village Ragi nearly two Kilometers from the hotel which offers a good oppurtinity to observe the lifestyle of the inhabitants,its architecture, custom religion anf culture.O/N at Hotel

(3959M),A distance of 122Kms and six hour drive.Enroute visiting Kanum monastery, library of Kangyur, Gompa Labrang, main temple of Gelugpa Landup Ganfel Gompa (Khache Lakhang), the Gompa of Tashi Cholling, Morang and Labrang villages.Ascending further to Nako. Nako has a beautiful lake which freezes in the wnter and villagers play ice hockey during this period and seeing the temple of Padamsambhava, the second incarnation of lord Buddha who made Buddhism popular in the Trans Himalayas is worht seeing where we can see the foot prints of the Padamsambhava. Overnight Camp near village.

After breakfast journey starts to witness the Ajanta of Himalayas.It is a distance of 64Kms and a drive of three hour. Today we will be entering into the Spiti valley. Spiti is known as the living museum. The mountains are devoid to any vegetation due to erosion by wind, sun and snow over thousands of years. Before reaching Tabo and witnessing the Ajantas of Himalayas we are going to unfold the mysteries of Mummy in Spiti and taking you to a village of Mummy . Name of the village isGue and you can find a 500 years old mummy in the termple of the Lama here nearbt the BSF check post. This mummy was found in 1984 when Army personals were digging the place for making the post near the village. It is believed that there can be more mummies around if excavation is done. This mummy still has its hairs and nails . This village is the remotest village of the Spiti.After spending some time at the village drive towards Tabo. The monastery at Tabo is the largest monastery in Spiti.

In the Morning visit to see the Ajanta s of Himalayas oldest caves on barren mountains of Tabo enjoying The Thanka paintings, one of the most precious paintings of Buddhism Later drive to Pin Valley and visit to Kungri Gompa, where KalChakra is Scheduled in 2004. Evening drive to the largest village of the Spiti Sagnam Overnight at Camp at Sagnam.

After breakfast excursion to Kee monastery and Kibber village at an altitude of 4205M.After lunch a drive to the highest motorable roar Langza and enroute visiting the Comik and Hikim village. O/N Kaza.

Today is the long drive over majestic Kunzam La pass. Kaza (3600M) to Chota Dadarpul (3960M) is an adventures drive but the different landscapes enroute makes your journey really adventurous. Following river Chadra you will Arrive at Gramphu at the base of Rohatng pass and uphill drive for few minutes will take to you at the top of Rohatang pass. Rohatang means Heap of Dead bodies in Local language as there use to occur many causalities because of land slides , Glaciers and heavy snow during winter when modes of transportation, communication and evacuation use to be very limited over night in the Hotel at Manali.

After breakfast visit to Hidimba temple and Manu temple on the way back visiting to the Tibetan Monastery and after lunch excursion to Nagar Castle and Roreich art Gallery. Going from Manali to Nagar Castle on the left bank is a wonderfull drive where green fields and deodar forests beckons you. Evening free to explore the local market.

The above tour costs are inclusive of:-

The above tour cost does not includes:- 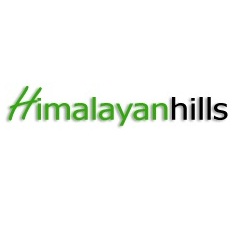 Please fill in your mobile number on which we will contact you shortly
Mobile Number:
Email ID:
Number of People:
Check this if you want to receive calls from other organizers for similar trips around this location
Shimla
Send