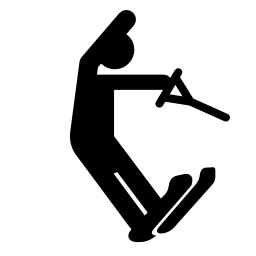 One of the gigantic mountain peaks and first highest monolithic rocks in Asia, lying closer to Bangalore on the Magadi town which is around 50 kms from the Bangalore city. The hill rises to 1226 m above sea level the Savandurga hills are very unique in itself as it is made of only 2 boulders one is Billigudda (white granite rock) and other being Karaganda (black granite rock).

Savandurga is surrounded by the forest region coming under the Magadi town, here you can spot some of the wildlife like Elephants, Indian bears, snakes, leopards, deer’s and many more. The mountain is surrounded by the Manchinbele Dam on one side which acts as source of drinking water to the Magadi town and on the other side it has the T.G. halli Reservoir. the River Arkavathi passes around this hills through Manchinbele dam and TG halli Reservoir. This place is trekker’s paradise and one amongst few natural rock climbing sites of south India.

Coming to brief history of this place, once on the records this place was under the Hoysalas kingdom in the late 13th century who had constructed the forts on the way to the peak as spoken in the history. Later this place was conquered by the Magadi kingdom under the ruler Kempegowda who used this [place as the second capital of his kingdom in late 15th and early 16th century.

Kempegowda and Tippu Sultan were the main Kings, who built the forts at this place, during the British era. Savandurga was the location for the making of David Lean's movie A Passage to India.

We offers customized outing packages to the corporate teams and rock climbing enthusiasts. j The peak is around 4000 ft tall and trekking is moderate at the start and gets stepy as you go by, one needs to conserve a lot of energy and fitness to reach the peak, on the way to the peak you can find the wall castings of the fort build the rulers of kempe-gowda’s Magadi dynasty which marks the halfway trek. from this place on can view the statue of the Nandi on the peak and reach one should trek very carefully and slowly as its gets steepier at times but it’s worth a trek to reach the peak.

Know More About Adventures in Bangalore To Follow Our Blog

Why Night Trekking Around Bangalore is Famous?

7 Adventure Activities Under 1.5K Near Bangalore

12 Amazing Treks Within The Radius Of 150 KMs Around Bangalore

12 Spectacular Places For One Day Trek Near Bangalore

Enjoy An Exciting And Enthralling Night Trek Near Bangalore

Please fill in your mobile number on which we will contact you shortly
Mobile Number:
Email ID:
Number of People:
Check this if you want to receive calls from other organizers for similar trips around this location
Savandurga, Karanataka
Send