The land of cultural diversity absolutely cannot lag behind in its festivities! Festivals play a vital part in our unity as a country, bringing together people from different backgrounds, lifestyles, and cultures. While the most prominent ones are crowd pullers from around the world, the lesser known festivals do not lack anything in their pomp and splendor either. Culminating in a series of celebrations that remind the people of their rich histories, here are some of the lesser known fantastic festivals of this beautiful country. 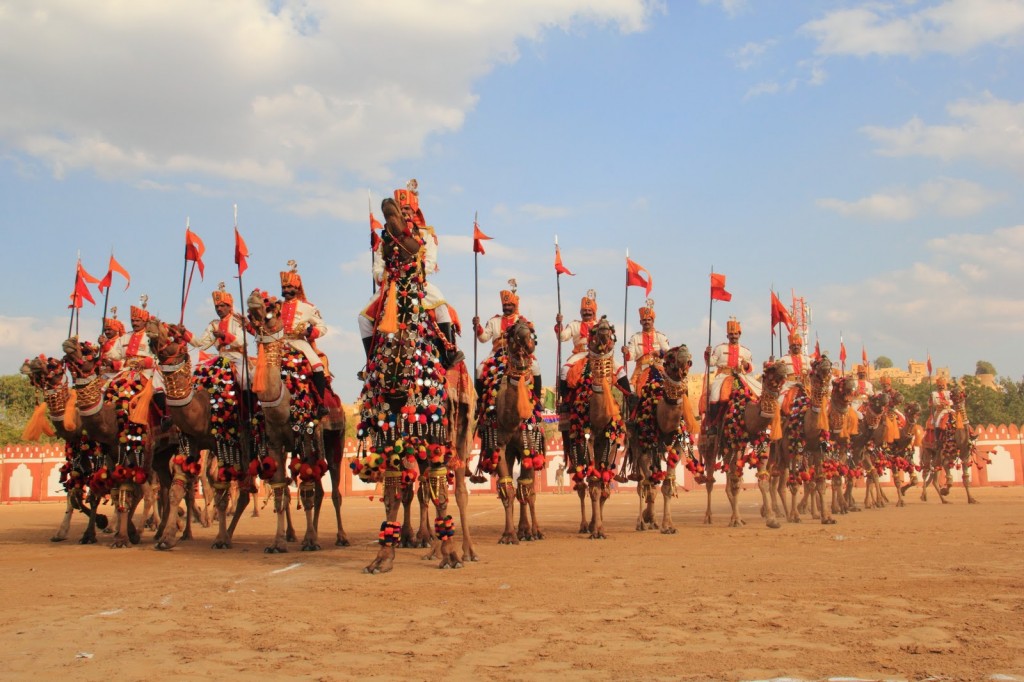 A great time to explore the city, Jaisalmer desert festival will be held next from 1st  Feb- 3rd Feb 2015. Eccentric and out of the box activities such as the turban tying competion and the best facial hair provide a lifetime experience! Strolling around are fancily dressed locals weaving easily through the fire dancers and the camels. The lilting tunes of the singers combined with peppy beats of bands, this extravaganza is laid out against the backdrop of the Jaisalmer Fort. Also a great way to discover more about the city’s rich culture – as performing arts such as Kalbelia and the parade are central to the program. 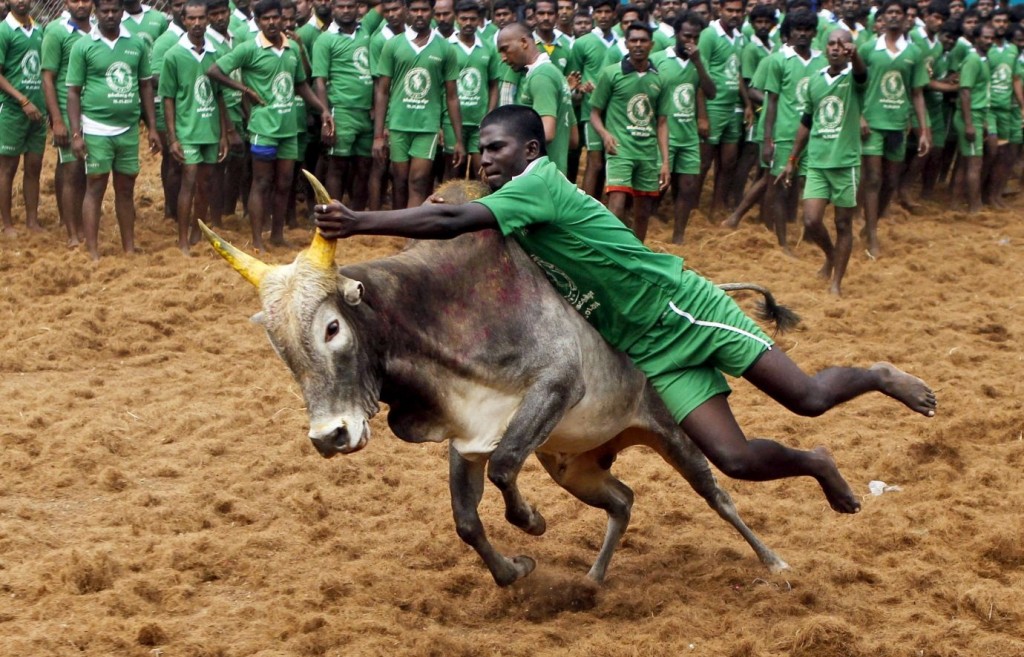 Traditionally held during Pongal celebrations, Jalikattu or bull fighting/taming is a sport most commonly played in Tamil Nadu. A specific breed of cattle is bred to be part of the activities in Madurai. However, due to a recent controversy, it has been banned primarily due to the efforts of animal rights activists. The energy in the air and the shouts of excitement makes this sport a thrilling experience and a great source of an adrenaline rush. Moreover, it is amazing to watch man and beast wrestle with each other in this odd competition. 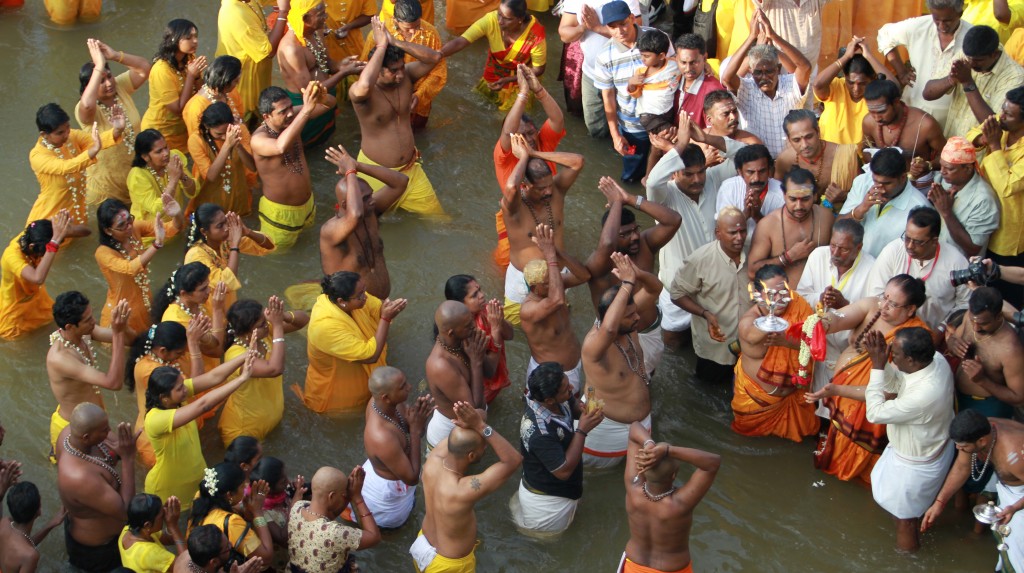 The festival begins with the Kavadi – a dance form performed to honor the God Murugan. To prepare oneself to be worthy enough to offer the Kavadi offering, devotees shave their heads, eat certain types of food, and undertake pilgrimages and so on. There is also the custom of piercing body parts with skewers – most common places are the tongue, cheeks or lips. Celebrated as a major festival of Tamil Hindus in Palani, Tamil Nadu, it is also celebrated with great pomp and splendor in Malayasia and Singapore. 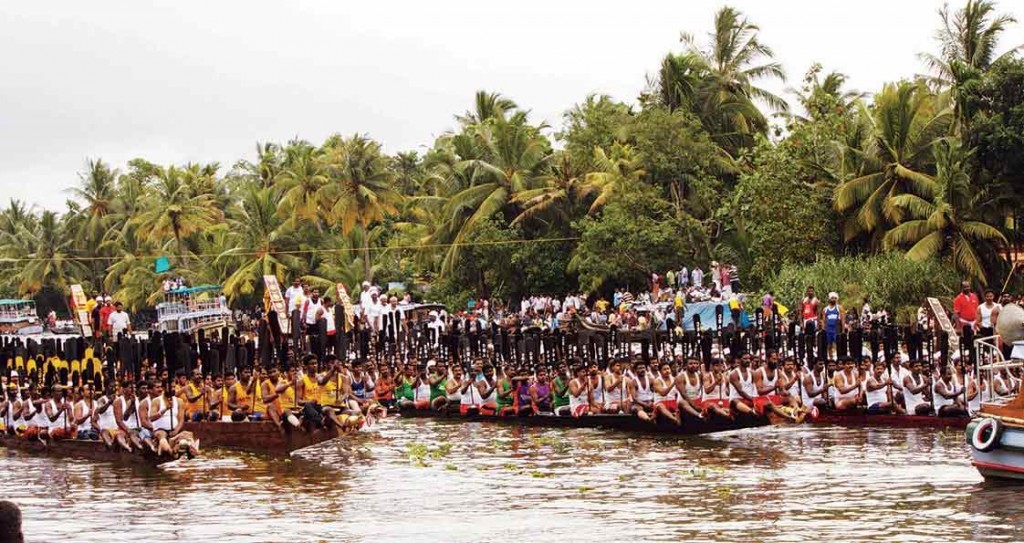 The oldest snake boat race in the South, this is considered as the ‘ultimate test of endurance, speech and skill’. The participants undergo rigorous training prior to the event – almost 90-100 on each boat. The sleek, thin boats with their colorful flags become a beautiful sight to watch gliding steadily over the backwaters of Kerala. The steady rhythmic rowing combined with the cheers of an elated audience makes the experience a memorable one. Celebrated in Alappuzha, Kerala the 100ft boats are seen racing down the river with extreme skill and precision. 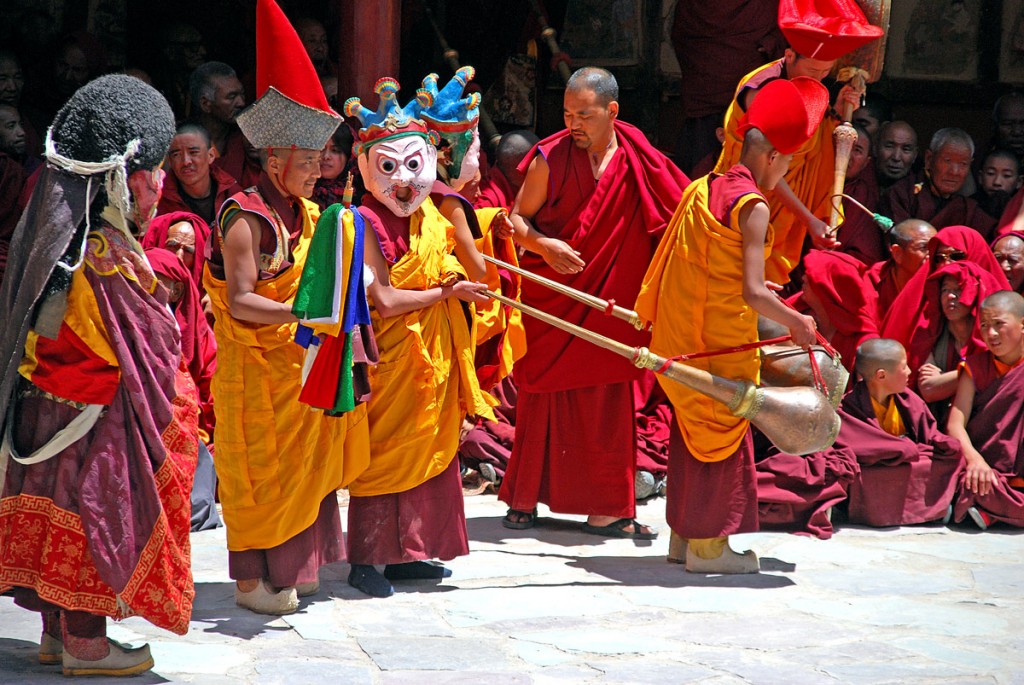 The festivities occur at the Hemis monastery which is dedicated to the Guru Rimpoche. Combined with the masked dance performance, sacred rituals are observed to maintain the piety and importance of the day. The constant drumming provides the soundtrack for the artists – the lamas themselves. The bright decorative clothing and the huge masks are necessary components to perform the Chamdance- which celebrates the victory of Good over evil. The fair nearby in Leh is a great time to purchase handicrafts or souvenirs. 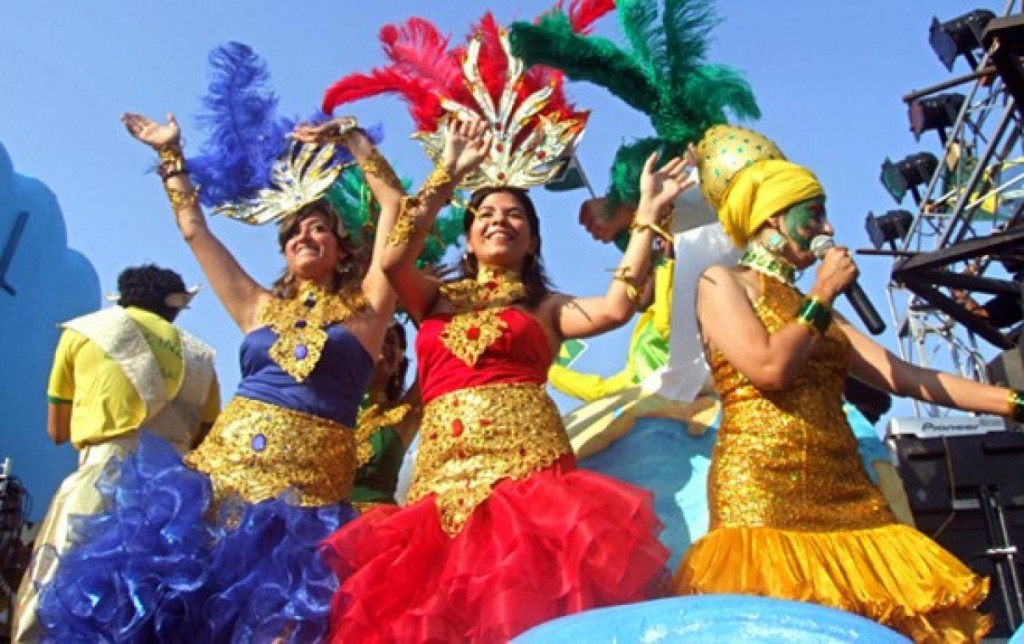 Held in the capital Panaji, the event was initially introduced by the Portuguese. Transforming the quiet city into a wondrous paradise, the city is adorned by brightly colored floats and the music never ceases! A King of Chaos, fondly dubbed as Momo is elected to preside over the festivities. The atmosphere of merriment and joy ushers in a new breath of life, and is great to get a glimpse of the culture as the extravagantly dressed dancers are the highlight! 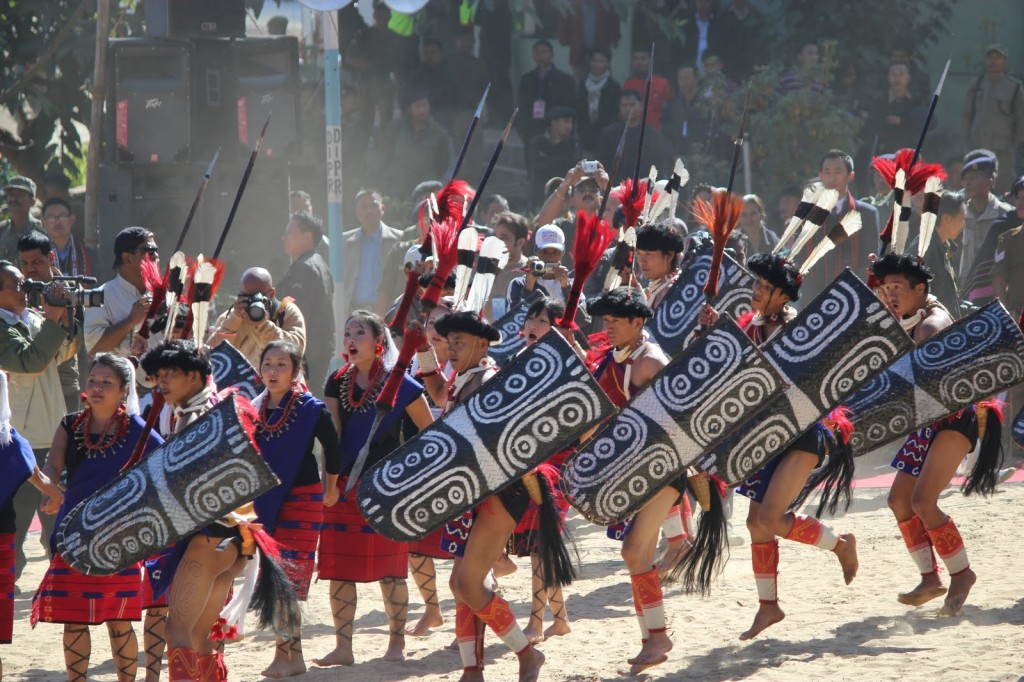 Stringing together the various tribes of Nagaland, the ‘Festival of Festivals’ is a burst of activities ranging from sports to ceremonies. Large bright headgear is a common sight, along with the food stalls and the handicrafts. The highlight being the chili eating competition, the festival was graced by the presence of our Prime Minister last time. Pulling in thousands of tourists each year, it is a showcase of the culture, tradition and history of the various tribes. 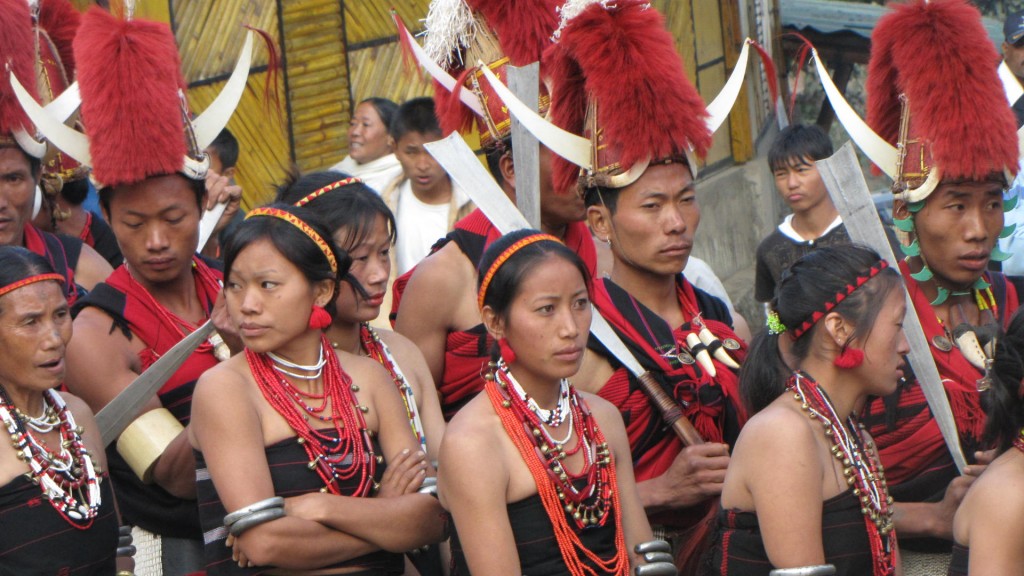 Also known as Shad Nongkrem, this festival is celebrated by Khasis in Shillong. Rituals such as the ceremonial offering of goats and the sanctification of the Tangmuri pipes are important aspects of the festivities. Moreover, the vibrant dances teamed with the beautiful traditional clothing and jeweler makes the experience an unforgettable one. The festivities are interestingly presided over by the King’s sister, taking control over organization and inauguration. 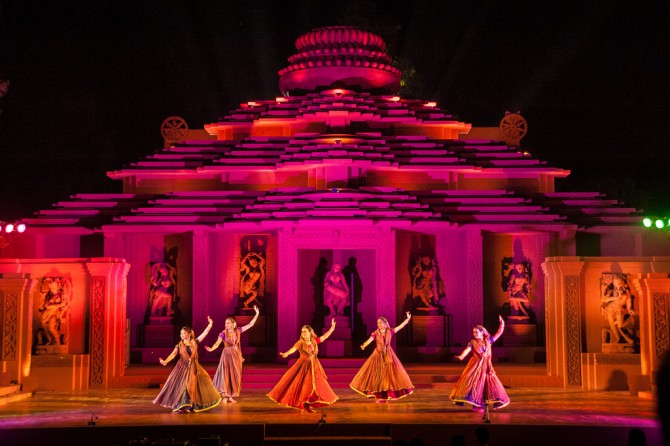 The Sun Temple hosts the event which celebrates the various traditional dances of India ranging from Katha, Mohiniattam, Odissi, Manipuri, etc. A great initiative taken by the tourism department, the festivities ensure a place for artists of these dying forms to present the glory of our past, untouched by modern commercialism. Highly trained and skillful, the dancers’ renditions are marked by the precision and passion they pour into each action. Classical music resonates around the hall, matching beat for beat with the dancer’s movements. 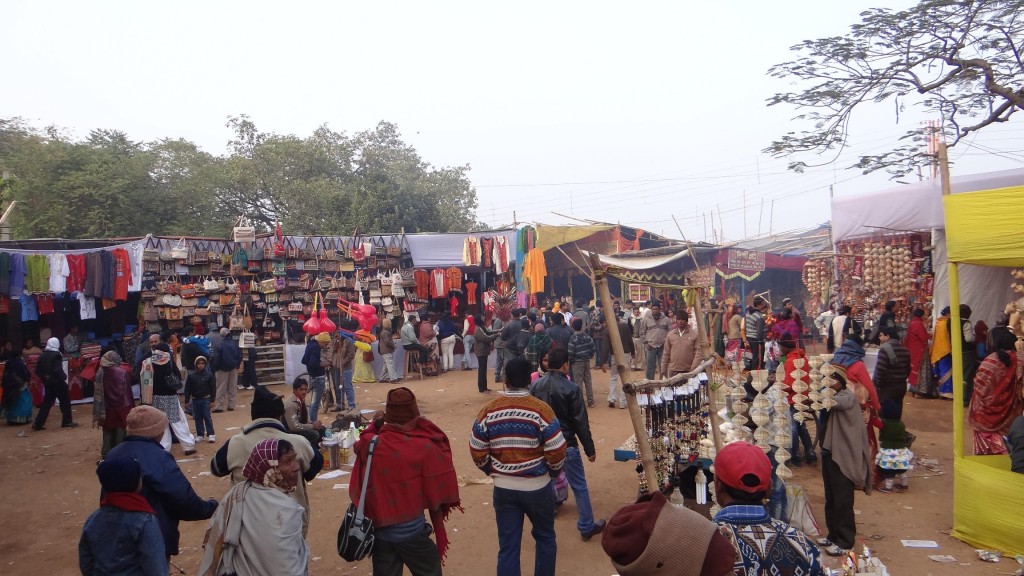 Shantiniketan is set alight with festivities with the mela replete with handicrafts and food. Baul music is the highlight of the festivities, its lilting tunes floating through the air for the term of the mela. Introduced by the legendary Devendranath Tagore, the mela has gained popularity and tourist attention over the years.