“The Bicycle is a simple solution to some of the World’s most Complicated Problems.”

When I was a little girl, cycling was my favorite pastime. I used to cycle in parks, streets near my home and sometimes to school as well. But then, as I grew up, the city got bigger and bigger and cycle paths got shorter and shorter. But it is time to live that good old days again especially if you are in Mumbai.

Mumbai is on the path of becoming a cycle friendly city with two of its most important upcoming projects. Aimed at reducing the over carbon footprints of the city, these projects would give people an economic and eco-friendly means of transport as well as the fun adventure ride. The  two track would be serving two completely different purpose but one thing is common that all you cycle enthusiasts out there, you are in for a treat. 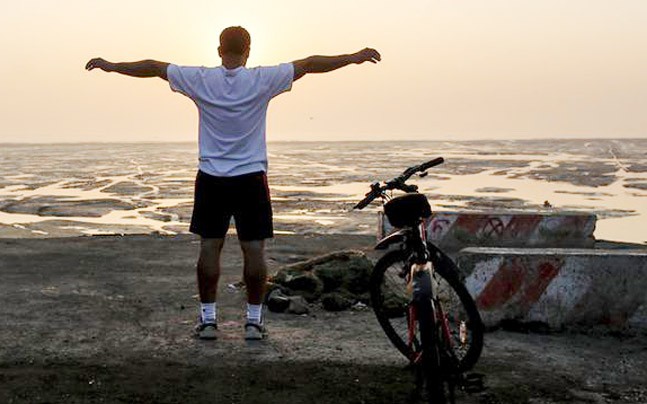 Cycling Track Along the Mulund-Tansa Pipeline

They say, nice people ride bicycles. So all you nice people, you would soon be riding your bicycles in aamchi Mumbai. In a first-of-its-kind experiment, Brihanmumbai Municipal Corporation (BMC) has started the work on building the cycle tracks along the Tansa-pipeline from suburban Mulund till Antop-Hill in Wadala.

The Tansa water pipeline is 39 kms long and is divided into two parts – from Mulund to Dharavi, and from Ghatkopar to Sion. The rack after completion would become the shortest route connecting Mumbai’s north and south regions. I mean yes, I am not Kidding!

The work of building the track would also include building a wall in the suburbs along the defunct pipeline. There would be 40 entry/exit points, connecting the track to 19 railway stations, four Monorail and seven Metro stations.

The phase 1 of this 39.5 kms track was due to complete in Diwali, however due to difficulty in removing illegal encroachments, it was further pushed to December end which is now again getting postponed to somewhere near March,2018. BMC has identified around 16,717 illegal structures along the pipeline in a survey. Out of these, the BMC has so far has demolished 9,632 in four phases.

The pipeline currently spans across 10 administrative wards and falls under different areas such as Mulund, Vakola, Bhandup, Hussein Hill, Khar East, Dharavi, Sahar, Ghatkopar, Mahim, Kurla East, Anda Depot and  Bandra East. The BMC is finding it hard to remove the encroachments in Bandra East, Matunga and Kurla which ironically has the highest number of slum encroachments.

Amidst all the delays, the civic body has already started constructing the compound wall so as to make sure that no new encroachments creep up in the already clear areas. The track once ready would  become an eco-friendly and economic way of transportation connecting the north and south Mumbai.

This project is part of a larger initiative to connect the city through cycling tracks from Pune, Amravati, Nagpur, Nashik, Chandrapur, Latur, Kolhapur, Aurangabad Solapur and Jalgaon.

So who is ready for commuting in the city in style?

“Nothing compares to the simple pleasure of a Bike Ride.” - John F. Kennedy 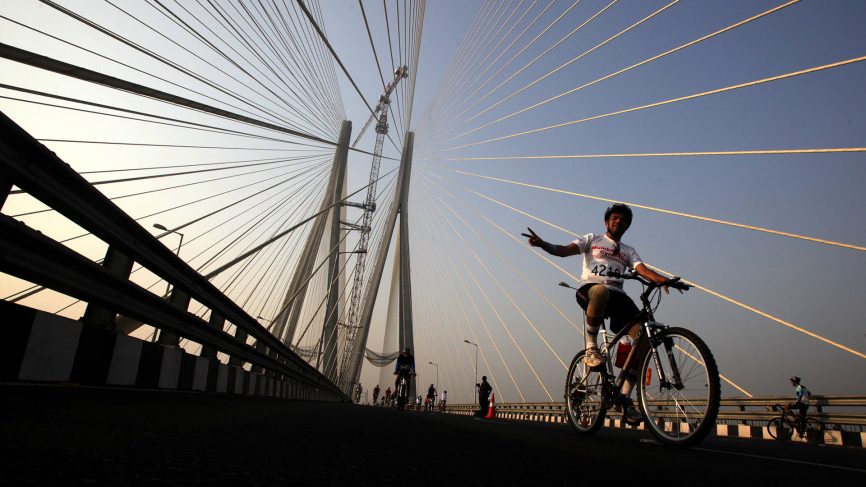 Well! When in Mumbai, it’s time to keep calm and pedal on along the sea shore. Yes, you heard me right. Started December 3rd, a two lane cycle track from the National Centre of Performing Arts in Nariman Point to the Worli-end of the sealink was open to public.

This 11 km track would be open to public every Sunday  from 6am to 10 am. This project is a part of the larger initiative which is aimed to promote the importance of health at the same time reducing the air pollution. Such tracks would soon be opened in other parts of the city as well.

BMC had earlier extended the invitations to NGOs and a few private companies to manage and maintain these tracks. Smart Commute foundation and Handle bar have come forward to take up the responsibility.

So what are you waiting for? Oh wait, are you telling me you do not have cycles to go on this fun ride this weekend? Don’t you worry what am i here for after all or should I say BMC is here for as they have made arrangements for renting bicycles and helmets  at 4 points along the track. You can rent up the bicycle and all necessary gears at NCPA theatre, Haji Ali, Girgaon Choupatty, & Worli sea face.

So, do I need to ask what are you doing this weekend (wink)?