By looking at the title of this post, you may be really inquisitive to know whether what we are telling is a reality or just a fiction. Well, it is a reality, the 36 years old French National, Antoine Girard glided to 8,157 meters, which is highest in the history of the world. Till date, nobody has flown higher than 8,157 metres.

Antoine Girard set off his foot for paragliding from Skardu, situated in Pakistan with a tent, food for 7 days and a paraglider, totalling 70 pounds of weight. He adopted the method called bivvy flying which is a fabulous combination of camping and paragliding. 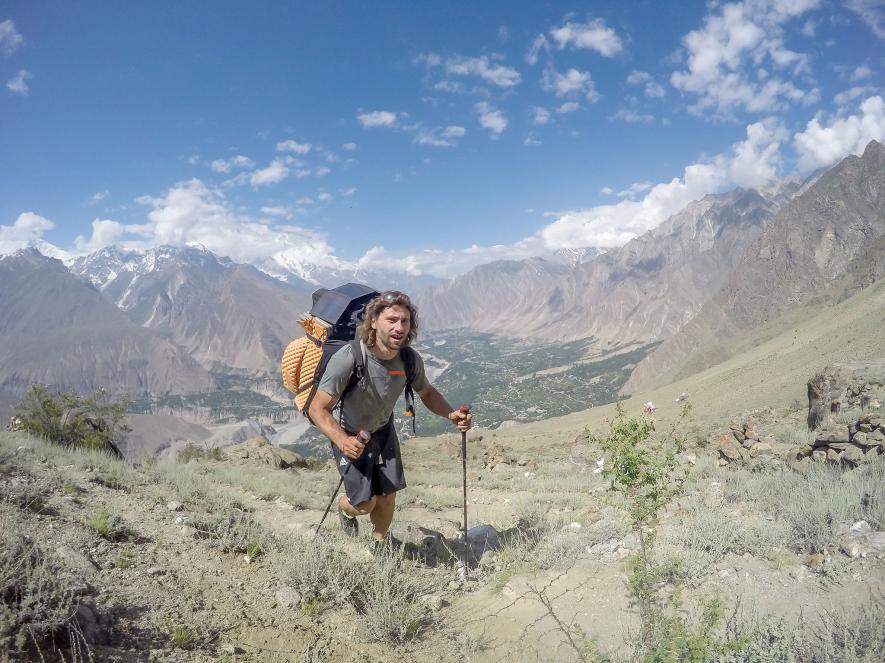 His trip started on a rocky note, with his only teammate for the paragliding expedition, Nelson De Freyman cancelling his trip at the last moment. In his absence, Girard had to start off all by himself for the Himalaya as well as the Karakorum, which is the most dangerous and tallest of the mountain ranges situated in the world. His only confidante-cum-friend for the trip became his camera. 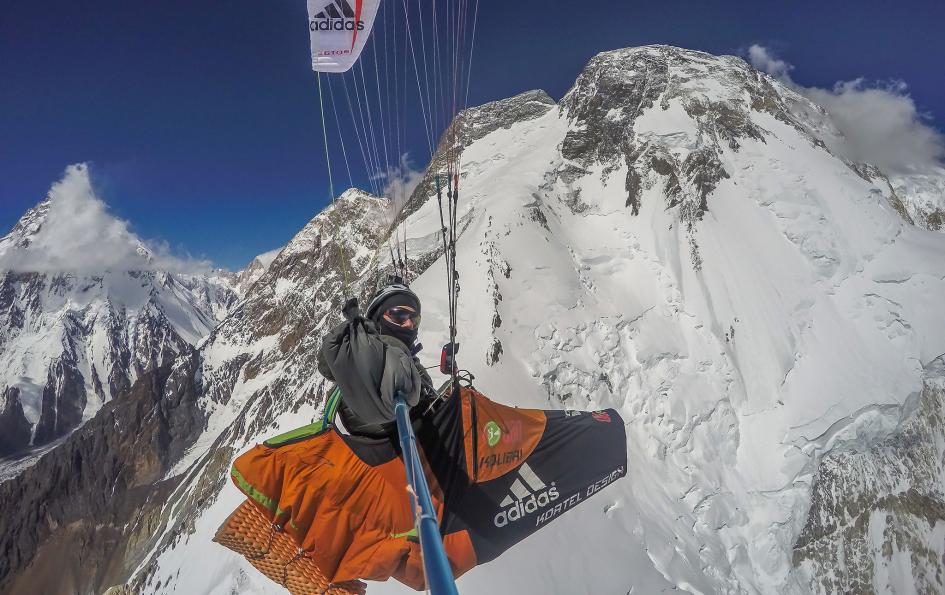 During the 18 day trip, Girard encountered a number of gruesome challenges. There was a huge storm at Nanga Parbat that brought him down at 4,400 meters in a region which was engulfed by glaciers. At all times there were huge winds flowing forcing him to hide behind a rock. To make over the various tall passes, he flew into the cloud banks. He made use of GPS for navigating. In the most dangerous mountain peaks in the world, including Rakaposhi, K2, Gasherbrum IV and Masherbrum he travelled nearly 1250 km. 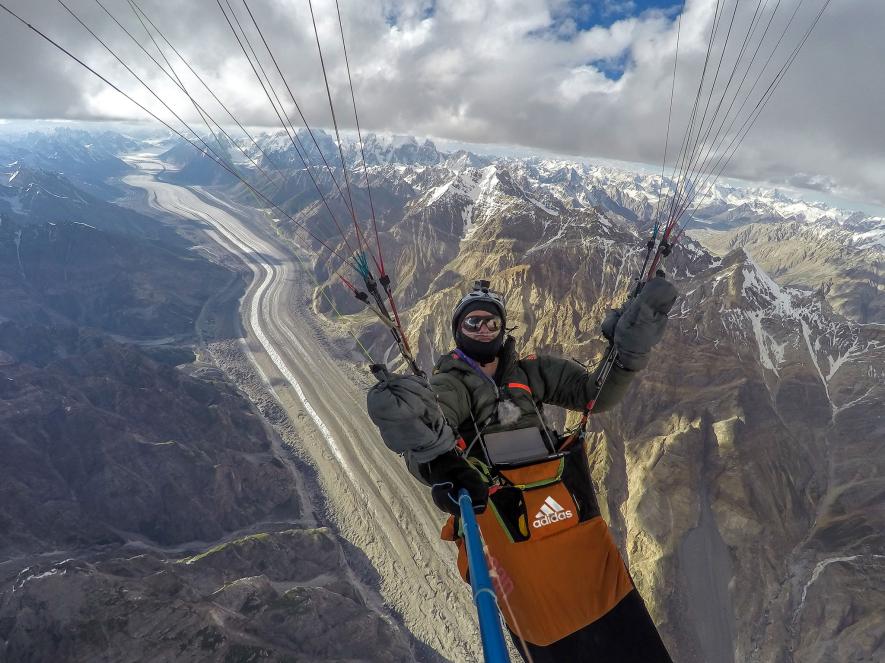 Because of the high rock face that comes from the thermals at the 12th tallest mountain peak, he reached 7,000 meters which are indeed a rare thing. He made an intelligent use of the powerful thermal for wounding his way passing through the ridgelines. He kept flowing at high altitudes, even when his fingers were terribly captured by frostbit. During the entire paragliding expedition, he lost nearly 15 pounds of weight.

Weather Changes And His Management

The storms at the Nanga Parbat held him up for nearly 60 hours, which gave him a constant stress as he was running out of his food supply and there was no timeline about when the storm will subside. Since, he was on the glacier, in no way he could even think of flying on foot. But, with the optimistic attitude, he sailed through this tough time.

Planning paragliding in Bir Himachal Pradesh is the cost of having the fun of this sport.

At Booni, which is located 50 km from the border of Afghanistan, he was hit by the worst storm of his life when he was lying in his tent at nearly 5,000 meters. As many as four lightning strikes near him at a distance of less than 100 meters. To forget the terrifying noise and trembling of the lightning, he put on his headphones and listened to his favourite numbers. 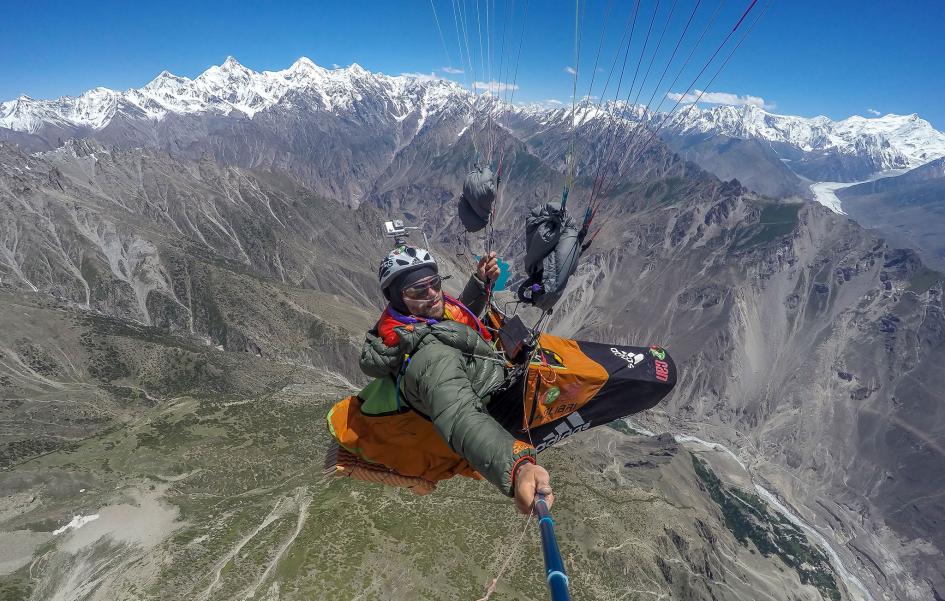 According to him, the most difficult part of this trip was gaining the authorizations and sanctions for financing the trip. The rest part of the trip is just memories, be it good or bad. Of all the 18 days of the trip, the 16 days of the trip were full of heavy rain and snow. When the despair weather subsided and good days came his fingers were terribly under the impact of frostbit making it difficult for him to even work on the zippers of the tent, the clothes and the sleeping bag. 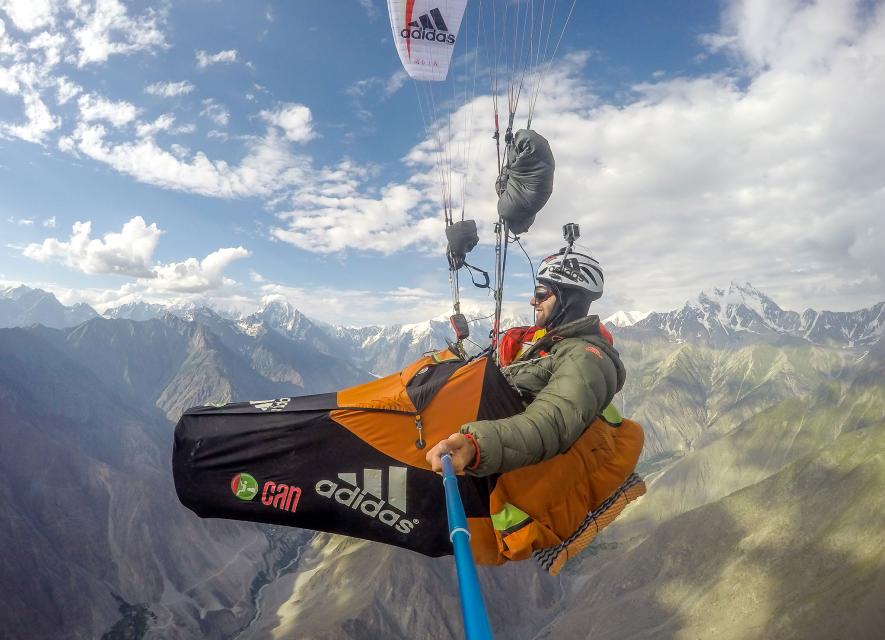 Memorable Part Of The Trip

The trip brought a number of memorable moments for Antoine. The flight that he took over the Deosai Plateau, which is situated at a height of 4,500 meters and is densely populated with grey wolves, ibex, brown bears and snow leopards. The Baltoro Glacier brought a magnificent experience which is a huge valley and its ascent gave a lot of memories. Flying the summits gave him the joy he was always waiting for. He even touched the legendary summits such as Trango Towers with his feet. 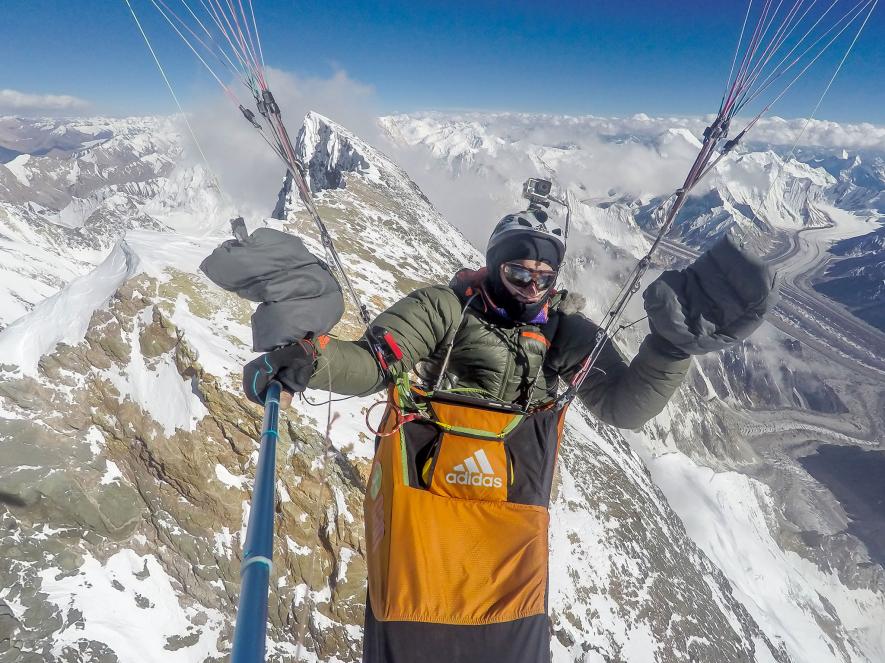 Antoine Girard went to the paragliding expedition with an artistic mindset. For him, the trip was full of emotions. Being alone in the middle of the tall mountains require nothing but sheer concentration. The expedition gave him a new way to look at things such as discipline and art. He changed his outlook and perception about things that he thought were so simple all the years. The mornings used to bring cheer for him because he used to feel lucky enough to see the sunrise just above the mountains. India Will Be Hosting The Paragliding World Cup For First Time