The Indian state of Himachal Pradesh is one that is blessed with immense natural beauty. As if to validate its name, the state is located in the lap of the Himalayas and has been one of the most popular tourist destinations in the country owing to its scenic splendor and flawless beauty. In recent years, it has also emerged as a favorite destination among enthusiastic trekkers because of the adventure opportunities it offers.

Every trekking trail in Himachal Pradesh has its own excitement and enthrallment. The period of June-September is regarded as the ideal time with the mountains being shrouded in lush greenery and variety of colorful flowers during these months.

The Triund Weekend Trek trail is a short and easy trail. Located at the foot of the Dhauladhar range the Triund Trek trail moves along the route usually taken by the shepherds residing in Chamba and Kangra. This trail will also take you through Dharamkot and has an assortment of beautiful sceneries. 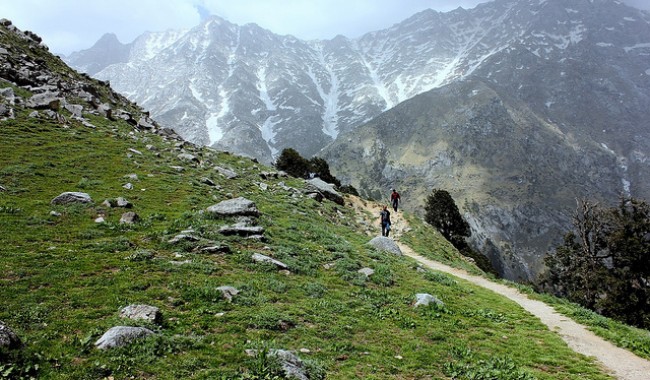 The path is gently laid out so that you won’t require a guide to reach your destination. The route will give you a glimpse of the Hanuman kaTibba peak, the highest point on the Himalayan Dhauladhar range. If you are lucky, you may also come across mountain goats on your route. Though the terrain is not as lush as some of the other Himachal trekking trails, the greenery it offers is soothing and calm. The Triund Trek Cost is affordable so that everyone can enjoy the trail which is one of the easier ones in the Himalayas.

Adventure Trips You Can Plan In Kerala

Running at an altitude of over three thousand meters above sea level, the Kareri Lake Trek is among the most stunning trails in the Himachal Pradesh. Melting snow from the Dhauladhar Range serves as its water source, making the quaint lake and its surrounding terrain enticing from trekkers hailing from different parts of the world. 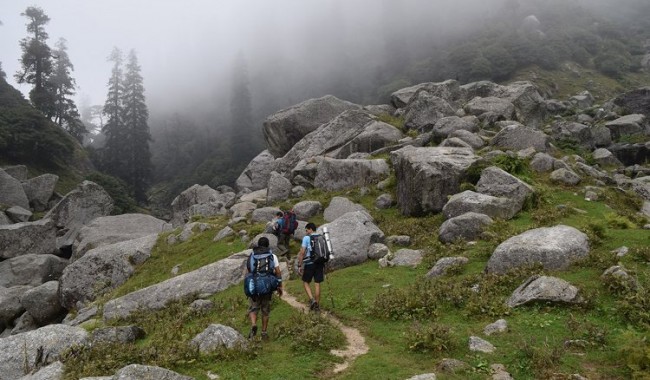 The presence of the Dhauladhar Range in the backdrop adds to the mesmerizing effect produced upon those who choose to set up at the Kareri Lake Camp. The frozen surface of the lake during early December to April is what proves to be the major attractions for enthusiasts on this trek. The trek to Kareri Lake village originates from the Kangra District in this Himalayan state and takes you through scenic meadows, whirly passes, narrow terrains and lush forests before setting you down in your desired destination. You can also go off the beaten track and participate in local adventure activities such as Tyrolean Traversing.

When you go on a trek to Lahesh Cave, you will get to enjoy excellent panoramic views of the Dharamsala Valley, Mcleodganj, Bhagsu village, as well as the Kangra valley plains and the Shivalik ranges in the distance. It is a moderately difficult route that will take you through tracts of large green grass and pasture lands on either side. The mighty Dhauladhar ranges rise up just above the line of sight. Mcleodganj serves as the base camp for those who wish to trek along this route. 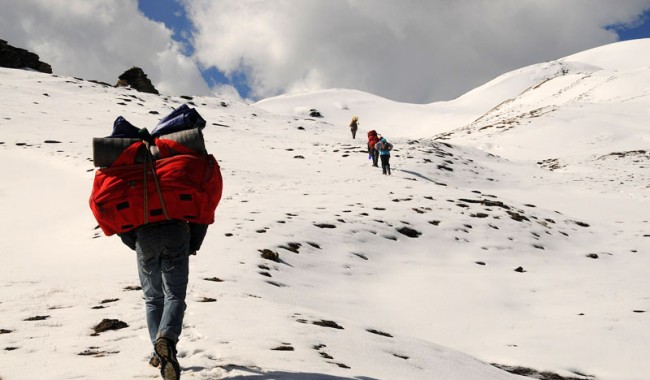 The trek for Lahesh Cave begins in the early hours of morning and takes around five hours to complete the trail. Lahesh Cave is a natural rock cave shelter from where you can travel further down to Chhatta Parao which lies at the bottom of the Inderahara Pass and takes you through icy streams and soft snow. The trek ends when you return to Mcleodganj.

The trail for Kasol Khir Ganga trekking is a route that can be covered in just three days and is one of the easier budget trekking trails that you will find in the state of Himachal Pradesh. On the first day you can travel down to Kasol from Bhunter and check-in at a hotel. The rest of the day can be spent best in doing some local sightseeing such as the hot water springs in Manikaran and Kasol. 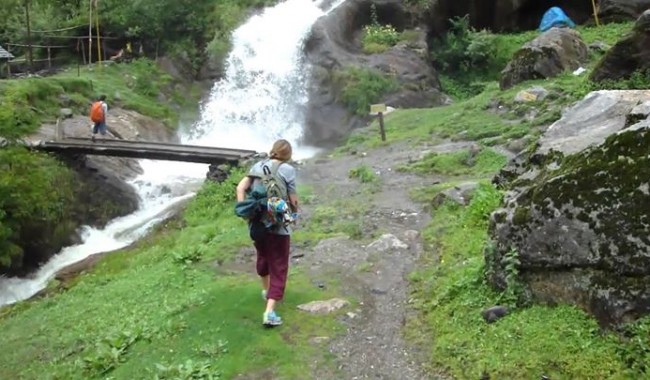 The next day, travel to Phulga from where you can start your trek on the Khir Ganga trail which runs for around nine kilometers. This place has a number of hot water springs that you can enjoy. Spend the night camping out at Khir Ganga. The third day you can utilize for travelling back to Phulga and down to Kasol from where you can make plans for proceeding further forward on your tour.

Beas Kund – better known as the mountains of Beas River – has grown into a popular trekking destination for the enthusiastic adventure seekers. Just like every other trekking trail that runs along the length and breadth of the Himalayas, this trail of the Beas Kund Trek too has its own way of ensuring that you fall in love with it. With cascading water rapids, endless trails of fascinating land, gorgeous peaks, and highly hospitable locals, the beauty of this place that every tourist has to embrace. 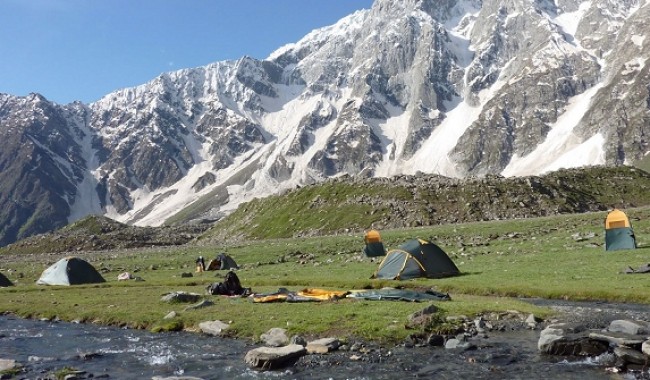 Beas Kund is one of the major attractions in the Kulu-Manali valley but is not a standalone peak as many people often believe. Rather, it is set against the backdrop of other mountains such as Friendship Peak and Shitidhar Peak among others. The Solang Ropeway Point lies en route to the summit of Beas Kund along with a skiing point and a popular camping site.

Begin your day trekking camping at Prashar Lake with arrival at Panarsa where you need to check into a hotel. Leave for Jwalapur village after breakfast and then you can start your trek to Prashar Lake located around nine kilometers away from this place. Camp and stay overnight here before returning back to Jwalapur village the next morning once you have witnessed the sunrise at Prashar Lake. It is one of the easiest and shortest trekking trails that you can explore on the many Himalayan routes in Himachal Pradesh. 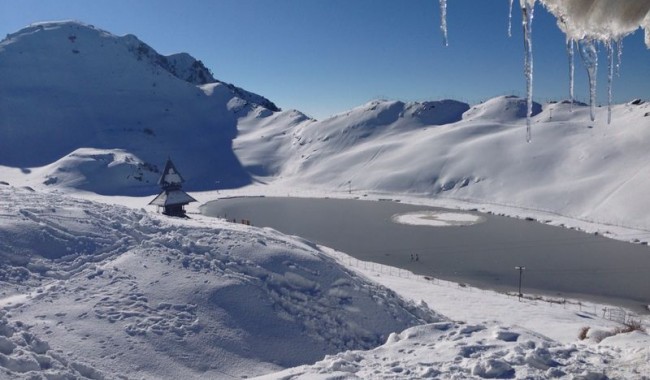 Since this is one of the shorter trekking routes in the area, it is high in demand and would require that you make bookings well in advance because slots are hard to come by. A group of five is must for the trek to be a safe and enjoyable one.

While there are plenty of unexplored areas in the Himalayas that could yet offer exquisite trails for trekking adventures, the options already available to the enthusiasts are seemingly endless. Have your pick from the many choices and go explore the beautiful landscapes and territories hidden among the Himalayas in the beautiful mountain state of Himachal Pradesh.