India has a wealth of the most majestic peaks in the world, ranging from Hanuman Tibba to the Nun-Kun. With the right set of equipment and an indomitable spirit, even the highest mountains cannot stop the fearless. Expeditions undertaken by such souls, are always a test of endurance – and of their passion. Rigorous training and willpower play an important role in shaping the skillful mountaineer. Here’s a list of expeditions for the toughest:- 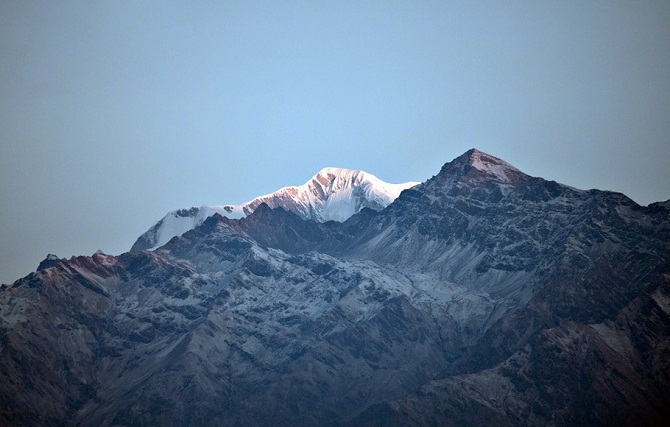 The second highest peak in the Gangotri Group, it is a segment of the Garhwali Himalayas. The razor sharp edges and the drastically angled slopes make the tough glacier approach a challenge for the fittest and the most experienced climbers. Most commonly known for its fascinating views of the Thalay Sagar, Shivling and the granite pillars of Bhagirathi III, ‘heaven’s path’ is also relatively close to the religious hub of the Gangotri. At 7000+ meters, an ordinary expedition team would consist of well-seasoned climbers. 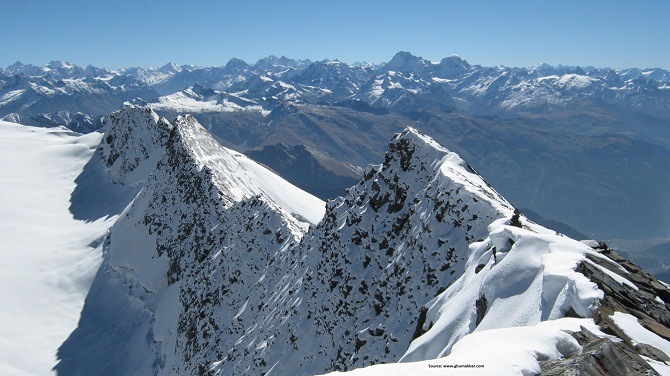 The peak is the only open peak in the Himachal Himalaya range of mountains, and being easy as opposed to other treks, does not require a formal training in mountaineering to scale its heights. Rising out of the Pir Panjal range in the Kulu District, it stands at a height of 5,289 meters and faces other well-known peaks such as the Hanuman Tibba. The varying forms of terrain at different points of the climb is a great opportunity for newbies to practice different styles of mountaineering craft. 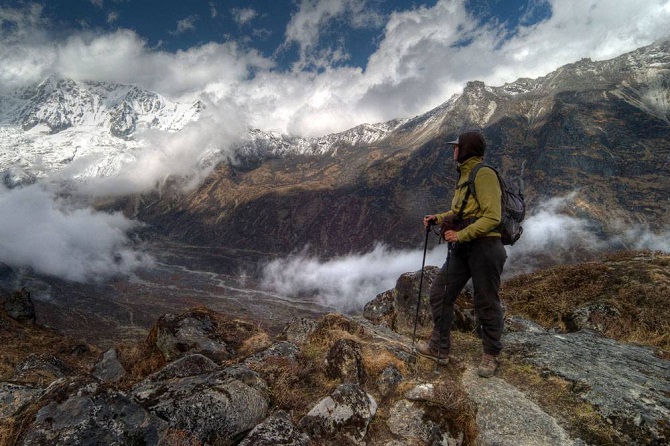 Gangtok’s beauty, this peak looks treacherously easy due to its beautiful view as a part of the Kachenjunga National Park. A recent expedition to scale its summit was flagged off by the Chief Minister, this September at his residence. The government has played a vital role in opening up the surrounding peaks also. The peak is classified being an ‘Alpine expedition’ and has also seen a recurrence of avalanches. Only the brave hearted dare to venture here. 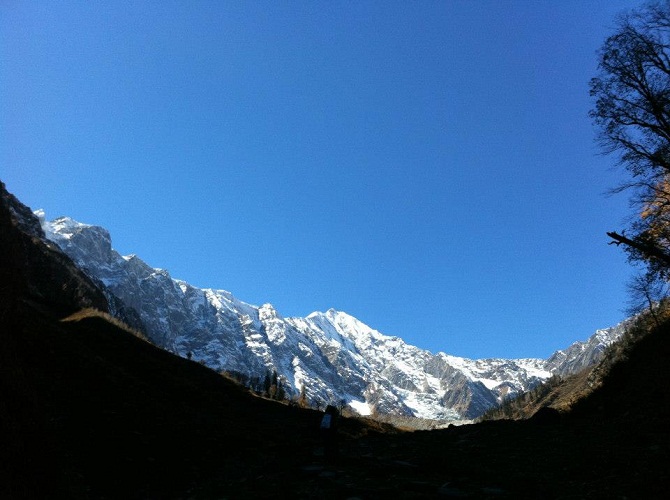 Yet another alpine climbing expedition, at 5932m it is surrounded by pristine white glaciers and is an extremely demanding trek as one proceeds upwards. Rising gradually past the wet grasslands, the snow makes it difficult to climb fast – sinking feet easily. Many expedition teams face the problem of altitude sickness, quickly affecting one member after another. However, Hanuman Tibba is the pride of Manali, and its easy contours is a great way to warm up the body. 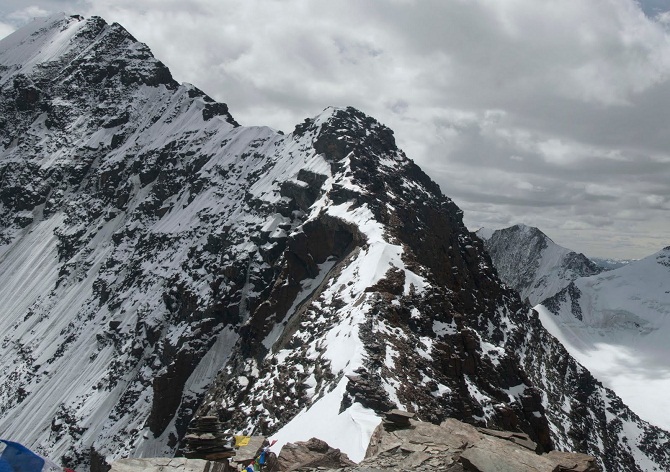 Peeping out of the Markha Valley, KangYatze makes its presence felt at 6,400 meters. Its difficulty level ranges according to the route undertaken, for example the Kang Yatze II is considered to be easier and therefore climbed often. This route is a favorite for novice mountaineers being graded as an F on the Alpine grade system. Not an expedition for the faint hearted, Kang Yatze’s environment is primarily influenced by the fact that it is located in Ladakh. Sure footedness will definitely work to the advantage while attempting this peak. 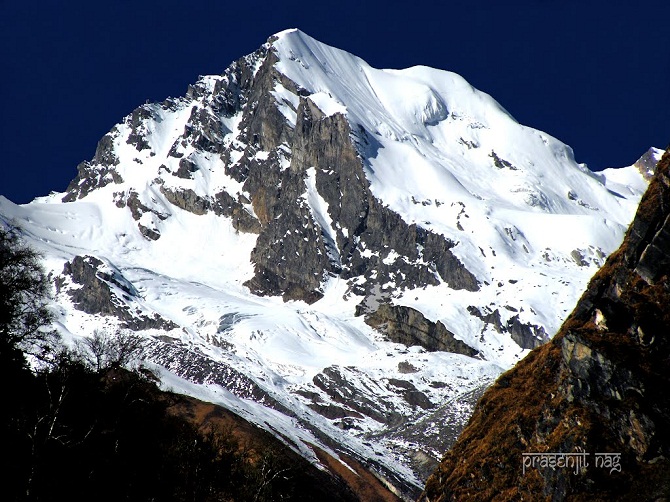 At 5645 meters, Mt. Bhanoti offers the best panoramic view of the Himalayan stretch along with an exhausting yet satisfying expedition to its peak. First timers can attempt this peak whose difficulty level increases at steady manageable rate as one proceeds. Located in the Kumaon Himalayas closely linked to the Sunderdunga, the winding route makes the climb long and tiring. But don’t lose hope- the feeling of conquering this peak is worth the trouble.

Beyond Rafting And Yoga – The Saga Of Four Rishikesh-Himalayan Treks 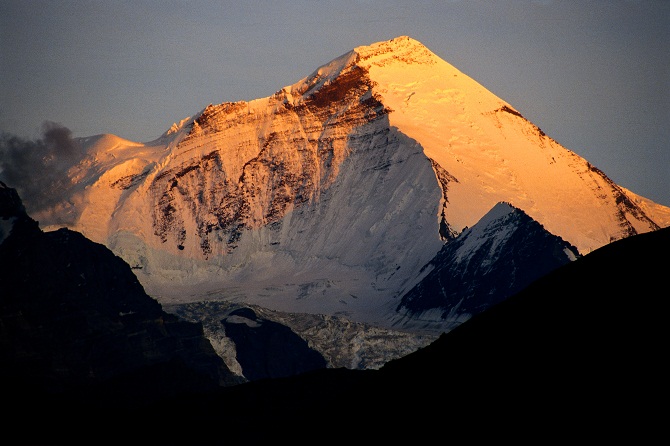 The twin Himalayan peaks of Nun and Kun stand at 7, 135 meters and 7,077 meters respectively in the LOC region of Jammu and Kashmir. The massif has an impressive history – it was conquered back in 1913 itself, and scaled a few decades later. The approach usually slits through the Suru River, on the border of Kashmir and Zanskar, and offers the horseshoe shaped view of the satellite of The Pinnacle, Barnaland Nun Kun. The rugged landscape, teamed with the icy snow, makes it a forbidding task. However, with the right set of equipments and a great team, this peak can be conquered with a little hard work. 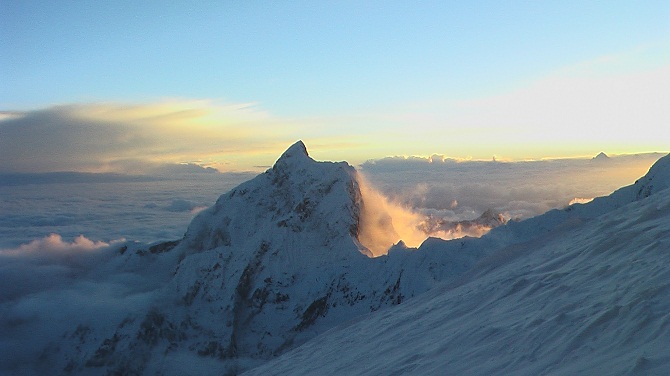 The third highest mountain in the world, flanked by  two rivers on either sides, stands at 8,586m, posing a challenge for the toughest of maintainers. Strikingly, most mountaineers stop short of the summit as a time honored tradition which grew out of a promise to the Chogyals. An excellent physical condition, teamed with the stamina to cross rough terrains for over 10 hours each day is required. Moreover, being the object of repute, it has many skilled mountaineers being pitted against each other in their attempts to scale it.

The main summit stands at 7816m, and is surrounded by a number of over 21,00ft peaks, making accessibility difficult. The high winds, stony paths and the powdery snow add to navigation difficulties. However, the ‘bliss giving goddess’ has a rich past of enthusiastic climbers scaling her heights, most having an international background. 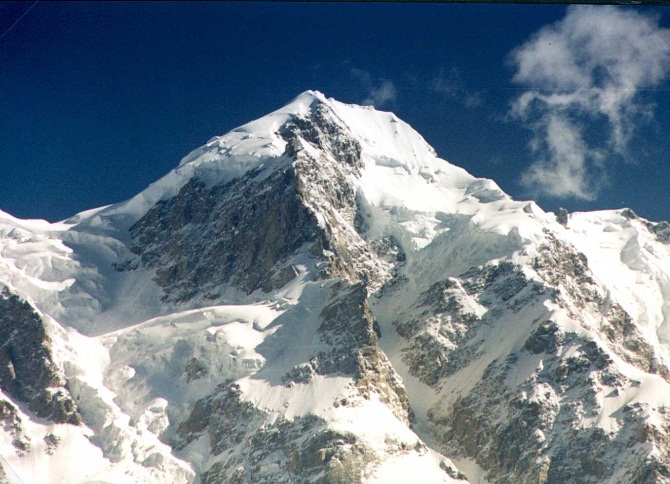 Hidden in the Karakoram range, this area is heavily surrounded by military operations – leading to a stagnation in expeditions launched to scale Saltoro Kangri’s heights. Also known for the clean granite towers it possesses, the jagged paths and the various glaciers are worth tackling with. The icy paths are interspersed with rocky choppy paths, so concentration is a must on an expedition up this giant.