Here’s a list of places to visit in January for people trying to welcome the year with a blast.

Leh is the capital city of the Himalayan kingdom of Ladakh. It was a main stopover spot for the traders during the Indus valley civilization. The city’s main attraction is the Leh palace, a nine storey high royal palace now abandoned. The Shanti Stupa, a white domed Buddhist Stupa gives a panaromic view of the Himalayas around. It is a mere 5 km away from the Leh city. One can find many monasteries in and around the place. For adventure lovers, Leh offers trekking, mountain climbing and river rafting. The Chadar trek is the ultimate trekking trip, one which only the daring can accomplish. The ‘magnetic hill’ is one spot where you feel like you are drifting upwards and is visited by every tourist that comes to Leh. 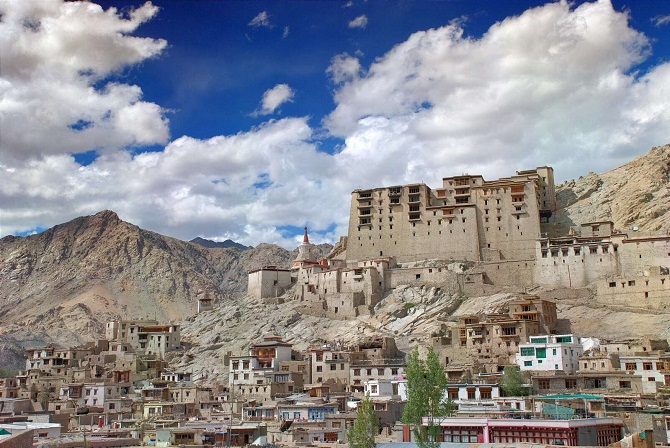 The city is famous for its old forts and camel safaris. A camel ride in Bikaner is what tourists come for. With the largest population of camels in Asia, the city also has a camel research farm. The Junagarh fort is a great tourist attraction in addition to the Mehrangarh, Taragarh and Lalgarh forts. The camel festival is unique to this city where camels are decorated from head to toe and competitions for the best dressed camel, the one with best hair etc.  are held. Camel milk sweets are served. It’s a two day festival. And don’t forget what the city is truly famous for- the Bikaneri Bhujia and sweets. There are a lot of Hindu and Jain temples around. 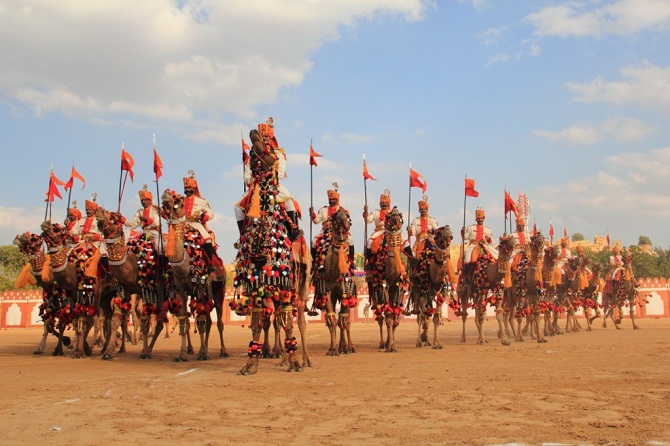 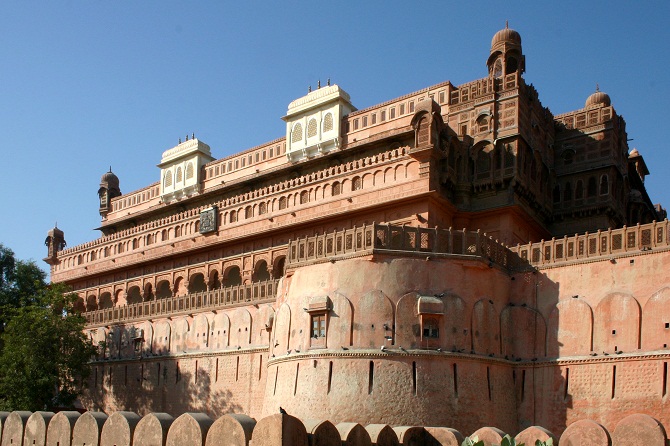 The city of Agra is beautiful in itself. The intricate marble work of the Taj mahal is unmatched. The city is the residence of three UNESCO world heritage sites- the Taj Mahal, the Fatehpuri Sikri and the Agra Fort. The city is submerged in fog during winter and the fog adds to the scenic beauty of the Taj Mahal. Agra is also famous for its marble handicrafts, jewellery, brassware and leather work. 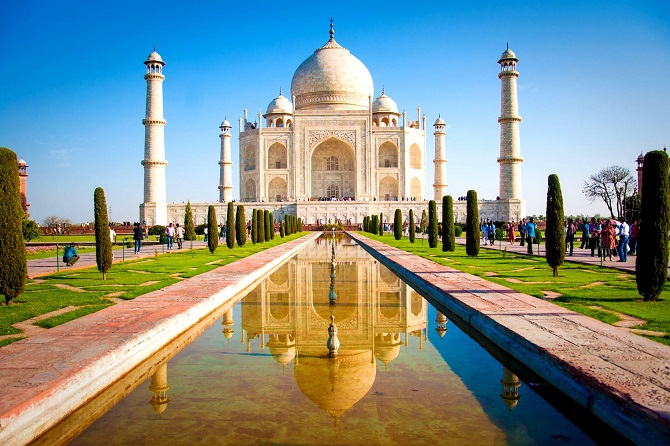 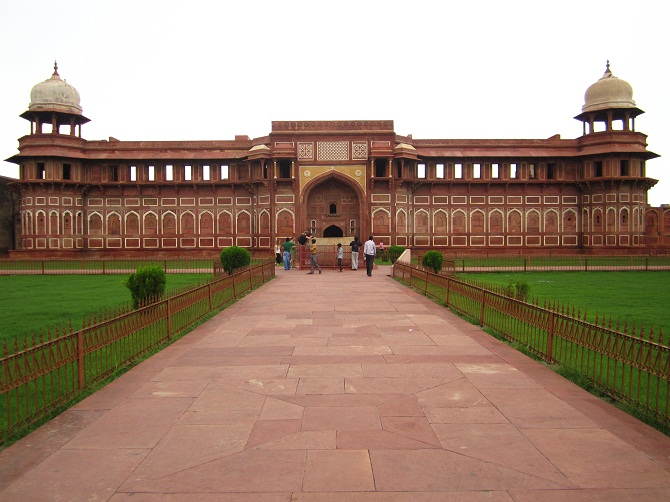 Kolkata is the city of culture. The Indian culture blooms everywhere in the city in the form of food and music. The Howrah Bridge, the Victoria Memorial, the Birla Planetarium, the Birla Temple are the must see spots. For adventure seekers, there is an adventure theme park called the Nicco Park. Kali temples are everywhere. For history lovers, the city is a residence to many historical museums. From street food to expensive restaurants, Kolkata is a mix of everything. 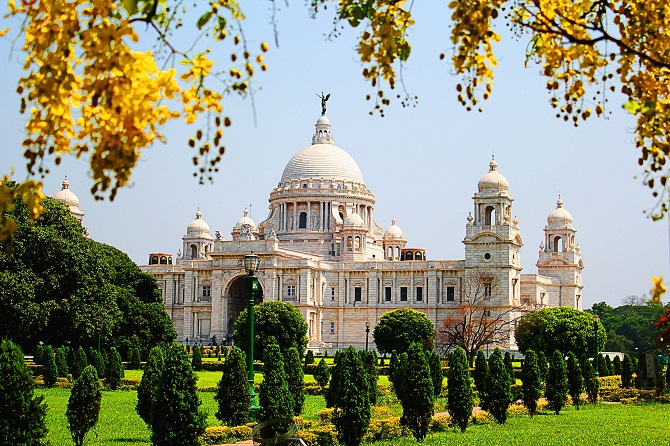 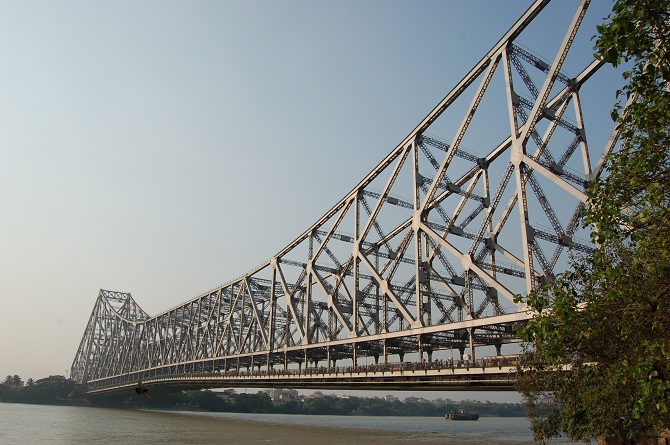 A.k.a the city of gardens, Bangalore is greener than any other city. Lal Bagh, a Botanical garden and Cubbon Park are the most visited ones. The city is also a tech paradise because of having the highest concentration of IT companies in the countries and hence it is also referred as the Silicon Valley of India. Bangalore fort and Tippu Sultan’s Palace are the famous historical monuments here. The Bannerghatta National Park is something that should not be ignored if you are an animal and adventure lover. Wonder’la is a great amusement park to enjoy on a weekend. 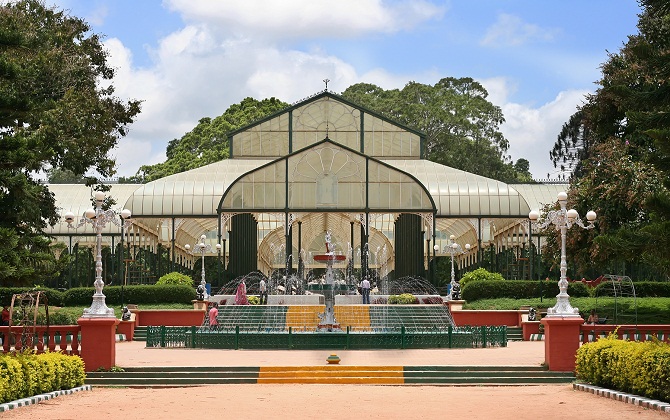 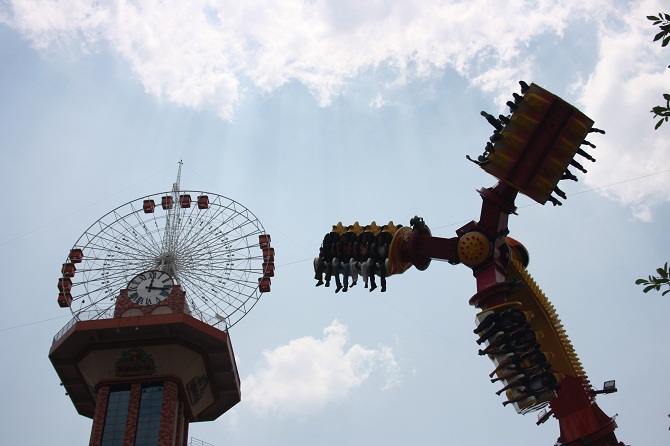 Amritsar is a place that springs with religious temples and historical monuments. The most visited place in Amritsar is the Golden temple. The temple is surrounded by holy waters which enhances its glory. Devotees take bath in the sacred water before offering prayers. The golden light from the temple in the night will cheer you up. The Jallianwala Bagh, a standing example of the British tyranny is just a few kilometres away from the centre of the city. Wagah border, the only road border crossing between India and Pakistan can also be checked out. 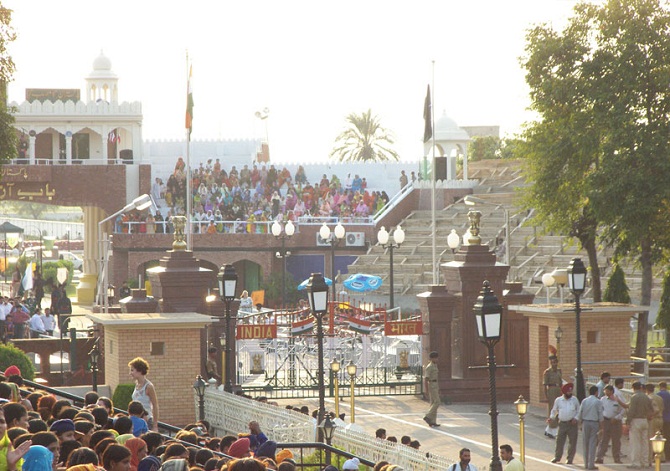 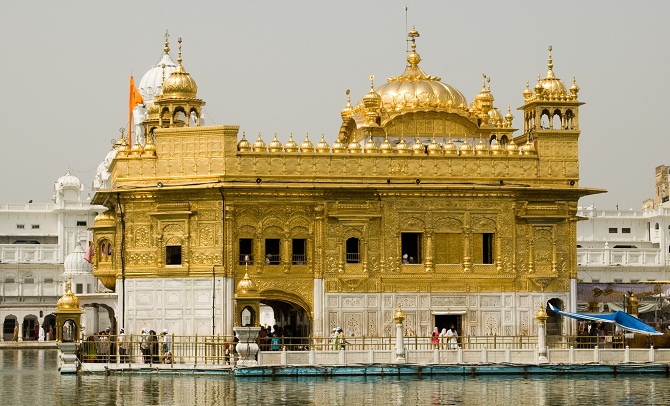 Known as the queen of the Arabian Sea, Kochi is home to many natural harbours. A trip in the backwaters of Kerala and a meal on the banana leaf is surely something without which a trip to Kochi is incomplete. The Marine Drive is a scenic venture built facing the backwaters. It is a great place for shopaholics and most thriving region in terms of economics and great infrastructure. The Santa Cruz Cathedral, the Jawaharlal Nehru Stadium  and Fort Kochi are among the most visited list. The Chinese Fishing Net bridge and the Rainbow Bridge along the Marine Drive are really the showstoppers in the night lights. 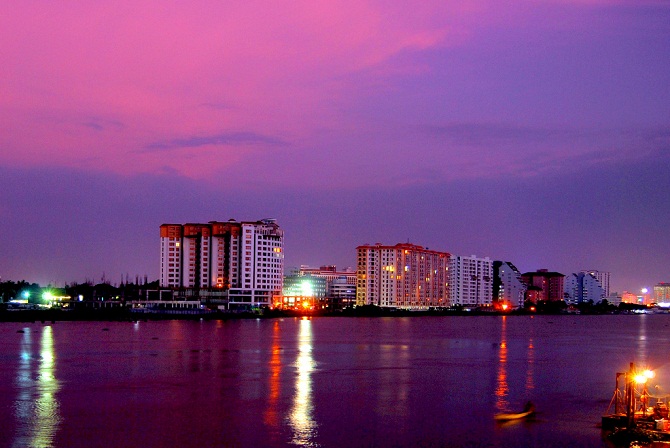 8. THE ANDAMAN AND NICOBAR ISLANDS :

The Havelock and the Neil islands are the most visited ones. Scuba diving in the emerald waters is a popular activity here. The islands are heaven for wildlife lovers as almost 90% of the land is covered with forests. Snorkelling, camping and trekking are the other adventure sports. The Cellular Jail in Port Blair is a massive structure depicting the tortures of the British. The southernmost point of India, the Indira point can be paid a visit. There are numerous islands around and one can book a romantic suite in one of the islands, especially for the honeymooners.  Handicrafts made from sea shells and jute are very famous here. Swimming is advised for an enhanced experience. 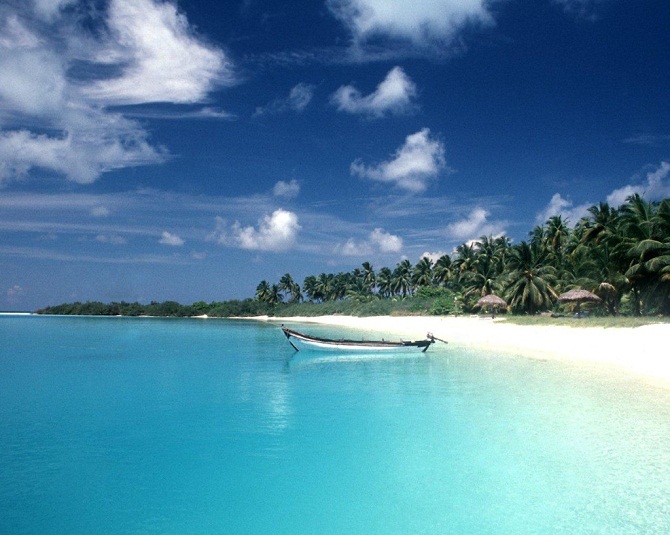 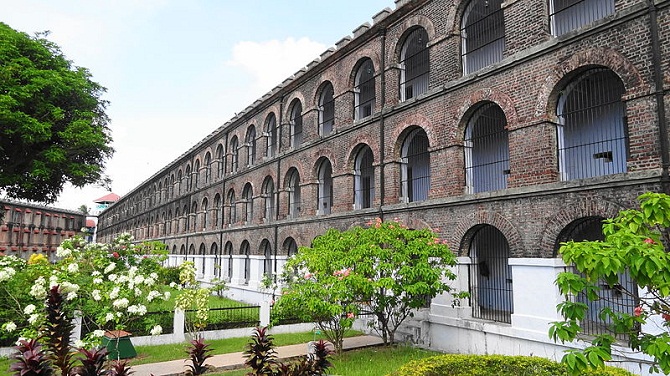 The city is a potpourri of cuisine, beaches and historical monuments influenced by the French and Portuguese. Most of the historical places have French style of architecture. The Botanical Garden of Pondicherry is a great place of tranquillity. Children can ride on the toy train in the gardens. The Beach Promenade adjacent to the beach is a picturesque spot and the statue of Mahatma Gandhi in the promenade is an attention seeker. The beaches of Puducherry are great weekend destinations and are really cherishing. There are also many temples, mosques and churches around. 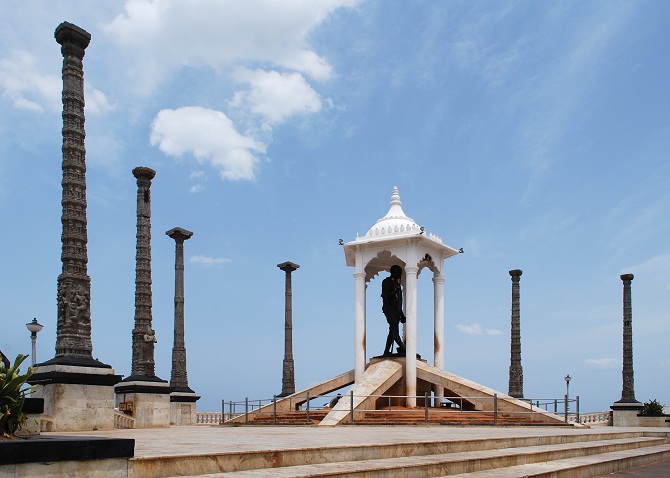 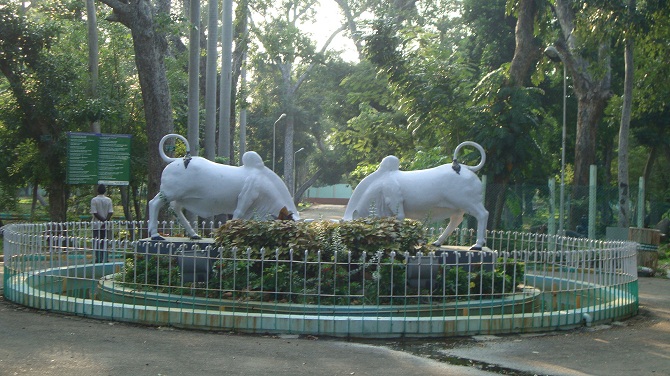 Shimla is blessed with some of the most magnificent and picturesque snow capped mountains which are not found elsewhere and it gets epic during the winter. The white cloaked mountains, the never ending green valleys, flowing rivers with ice cold waters and semi frozen lakes all make a great portrait. Shimla’s got mountaineering, trekking, ice skating, paragliding and fishing. The Mall Road is a famous promenade and heaven for shopping lovers. Shimla’s subtle tranquillity has given inspiration to many writers and film makers and artists visit Shimla every now and then for a great inspiration. Don’t forget to get all your warm wear because it gets subzero sometimes in peak winter days. 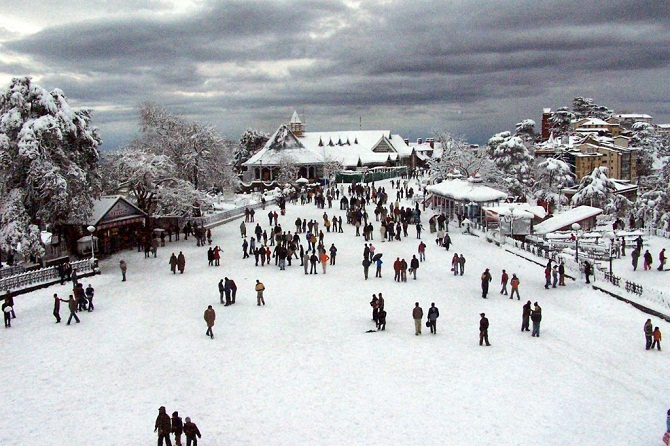 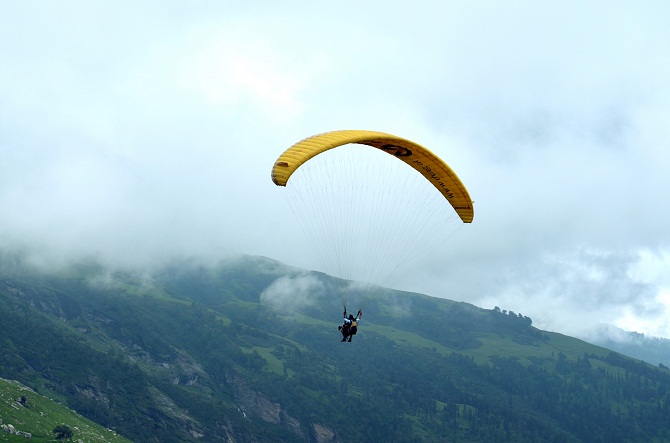